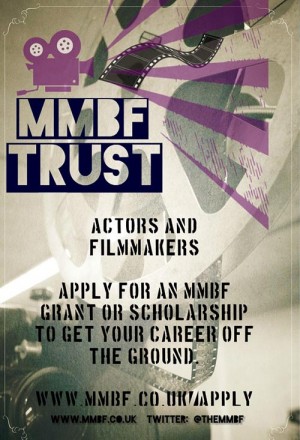 I really enjoyed the film festival this year. I have been attending for three years, and the festival just keeps growing and expanding. The number of events, the quality of the films and the variety just keeps getting better.

Long time readers of MicroFilmmaker doubtless remember Best of Show Winner "Behind the Scenes of 'Total Hell'", which received an 8.8 score from Kari Ann Morgan in her critique. To celebrate the release of the Collector's Edition and give love to fans of Indie films everywhere, the filmmakers are streaming the Behind the Scenes of 'Total Hell' Mockumentary free of charge starting on Sunday, April 21st! To find out more....

Alloy 2 gives filmmakers and sound designers seven stellar tools to shape and form audio, arguably one of the most important and yet most ignored parts of a film. Assuming a basic knowledge of mixing, users will love Alloy's user-friendly interface, wallet-friendly price tag and reliable performance. If you take Alloy 2 for a test run, be sure to pair it with a trial of Ozone 5 and let these products speak for themselves.

The MFM Straight Shooter review to be unveiled… (News)

Our filmmaker fans have long had a single request for an improvement here at MFM: film reviews! While we are very well known for our film critiques, which are aimed at helping filmmakers learn from their mistakes and improve their craft as filmmakers, the technical details which make these critiques so helpful aren't as great for folks who want to get publicity on the film viewer side of things. As such, we will now be launching our Straight Shooter Film Reviews. A "straight shooter" is someone who doesn't shovel manure, but tells you the unvarnished truth. These reviews will be all the things our filmmakers have said they want for publicity: short, non-technical, and designed for film watchers!