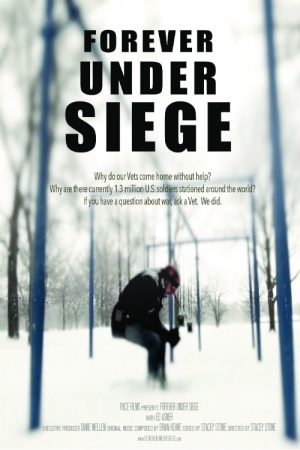 Imagine coming home from war, but finding yourself unable to escape the terror and panic you felt on the battlefield. Feeling trapped, searching for exits whenever you walk into a coffee shop. Forcing yourself into seclusion, unable to go outdoors. And not having the words or the trust to describe your pain to others.

In fact, many veterans of the Armed Forces struggle with these demons as a result of Post-Traumatic Stress Disorder. In the documentary Forever Under Siege, filmmaker Stacy Stone talks to some of these veterans in order to shine a light on the enormity of PTSD, and to examine potential for healing.

This film tells the story of veterans, without filters or embellishment. Stone, Producer Diane Mellen, and the rest of the team interview survivors of combat about their experiences. These interviews delve into specific experiences while deployed. Many interviewees relay vivid memories, sometimes in a moment-by-moment fashion, describing their thoughts and feelings while trying to survive. Furthermore, these veterans speak about the difficulties that they had after returning home. Their stories paint a picture of the lasting pain of PTSD, and the struggle to reintegrate into civilian life after experiencing terrors that most individuals cannot comprehend. The wide range of stories and individual perspectives leads to a greater understanding of the effects of war on the psyche.

Structurally, the film works very well. After capturing the viewer’s attention with several gripping stories in the beginning, the story flows from the soldiers’ initial enlistment process into the combat experience, and goes through to the end of the soldier’s service and their recovery as a civilian. Next, the film discusses the question “why go to war?” and provides some insight on the many conflicts that occur today, out of the public eye. The story concludes by examining a path to healing through community, and reflection on the entire experience. This structure helps the viewer get as close as possible to the experiences of these soldiers through their stories. 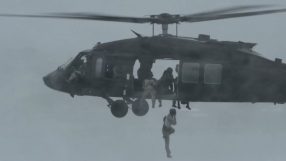 The scars of military service remain for veterans, long after combat ends. 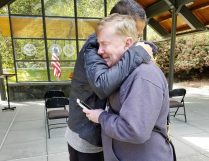 Lon Hodge, a Vietnam veteran, struggled with PTSD after his years of service.

Ed Asner, another veteran, shares his story in this film.

Well-executed technical values make this documentary highly watchable. The editing flows extremely well, portraying a series of fluctuating emotions with integrity and great effectiveness. In the first sequence, the viewer sees shots of veterans in civilian life, suddenly interrupted by flashes of chaos, explosions, and violence in the form of battlefield footage. These audio and visual interruptions convey the sense of panic and torment that PTSD inflicts upon many survivors. As the film moves on, the editing of the individual stories and incorporation of stock footage help make sense of the complex emotions associated with these stories. The team condensed these interviews down to their most powerful moments, and it shows. No moment of the documentary feels unnecessary.

Likewise, the photography is quite strong. Most shots are nicely lit and composed. Some scenes appear to be shot under difficult lighting or location circumstances, which makes them less visually appealing than others. However, the filmmakers present the faces and emotions of each interview subject clearly, bringing the viewer close to the story.

Excellent sound quality and effective use of music and sound effects add greatly to this documentary. Additionally, the filmmakers make very strong use of pre-existing video footage to fill in gaps in the story, bring clarity to certain ideas, and giving a visceral glimpse at the experience of being in combat.

This film gripped me from the start and never let go. At no point did it ever feel slow. The tightness of the edit and the harrowing stories of the veterans kept me interested until the end.

Forever Under Siege tells the story of combat survivors with great effectiveness and honesty. By taking viewers on the incredibly tough journey from the battlefield to the civilian world, struggles with PTSD, and healing, Stone and her team capture the long-lasting effects of war on individuals. This film is raw, emotional, and powerful, and I would highly recommend it to anyone.


9.7 – Worth watching at festivals, at home, and sharing with friends!

Manuel Crosby is a filmmaker currently based in Northern California. As a cinematographer and editor, he works with other filmmakers throughout California. Also, as a writer and director he creates many short films available on his Youtube channel and at http://manuelcrosby.com/, including the western "Dead Man's Locket" and the thriller "Precaution". Finally, he is a longtime volunteer at Calaveras County Public Access Television. Manuel is currently working on his feature length co-directing debut: a dark-comedy, coming-of-age thriller called "First Date".