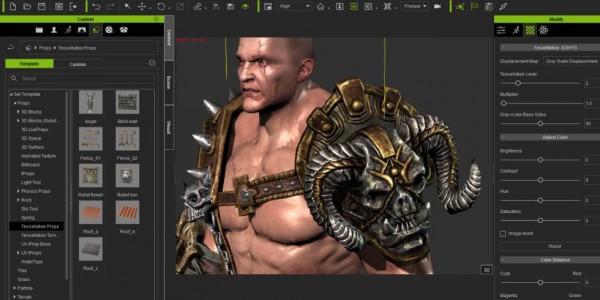 The ability to drastically reform characters and have clothing fit is a major new element to iClone 6.

After an incredible showing at SIGGRAPH, Reallusion shares previews of the new elements coming to iClone 6.

3. Camera-less iClone Live Motion Capture System with the revolutionary Perception Neuron suit enables any size studio to leverage the power of motion capture that disrupts the normal pricetag of mo cap. The iClone Live Motion Capture System imports any character rig and characterizes it to iClone so your motion performance can be seen on any rig, in realtime while you perform.

The iClone 6 Animation Pipeline featuring the all new 3DXchange 6 completes the chain to import, animate and export content from iClone to any game engine or 3D application. iClone 6 has a completely redesigned QT user interface, Nvidia PhysX for soft and rigid body physics, Allegorithmic Substance for dynamic materials and direct access to fine rendering with the IndigoRT render engine. 3DXchange 6 enhancements include new scene preview modes, updated 3D Warehouse compatibility and export capability for FBX and OBJ. The ability to create, animate and populate your films and games with characters imported or designed and animated with iClone 6 make it possible for indies and pros to quickly generate characters and animations for projects in Unity, Unreal, Autodesk Stingray or 3D applications.

The Character Creator provides artists with an area sensitive body gizmo to easily click and drag any body part to intuitively shape characters, as well as an extensive set of slider-based parameters to create a limitless range of character looks. Characters can also be parametrically aged to transform any character from young to old
automatically. The conforming cloth creates interchangeable, multilayer clothing for use on any character while conforming to any body shape. Add clothing and skin overlays with the
aid of the integrated Allegorithmic Substance.

The iClone Character Creator is offered as a plug-in to iClone 6 (early September 2015) and later as a Standalone application able to generate 3D characters for any application or game engine that supports FBX. 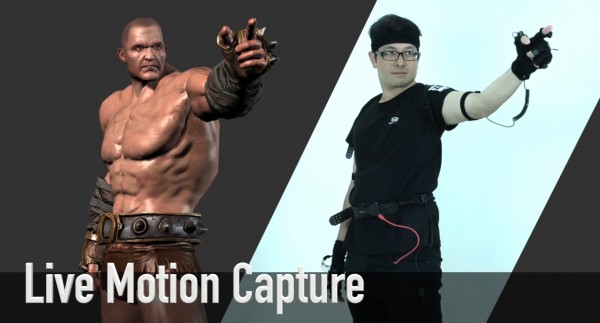 The Noitom Neuron suit doesn’t require a camera to work and comes in at $1500.

Reallusion and Noitom, makers of the Perception Neuron mo-cap suit partner to disrupt motion capture with a solution that enables any size studio or indie to incorporate real-time motion capture into their toolbox. Live motion capture is unique by letting you actually load your character, perform your mo-cap on that rig and see your characters perform live in iClone while you simultaneously watch and record your motions captured with the Perception Neuron. The combination of real-time mo-cap with your actual character models decrease capture time with the ability to see your characters perform the motions and know when your performance was just right. For example, larger scale characters like our Warrior, Trenton has a body style and scale that is different from normal human form; with iClone you can embody your character and record the character’s best performance.

iClone supports any Perception Neuron configuration including the 32 neuron option which is capable of capturing motion from head to toe and all fingers. iClone and the Perception Neuron mocap suit is accessible mocap and animation for game developers and filmmakers on any budget.