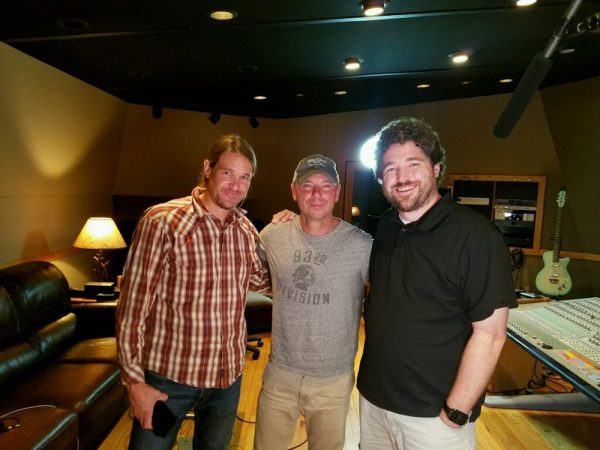 When you’re committed to brevity and flexibility, it’s paramount to get creative and use whatever means necessary to make the shot work

How does a chance encounter bring about an on-the-spot decision to make a feature-length documentary? For Cole Claassen it all started with country music.

“I grew up on country music, and in 2015 I was at the Mountain High Music Festival in Crested Butte, CO where I met Dean Dillon. We got to talking, and I learned who he was, what he has done with his life, and I was blown away,” said Claassen.

Dean Dillon is a country music singer who is well-known for his numerous singles and studio albums, but he is also one of the most sought after songwriters in country music, having written chart-topping songs for George Strait, George Jones, Kenny Chesney, Toby Keith, Brooks and Dunn, Lee Ann Womack and many more.

“I grew up on George Strait and country music with my folks, and I meet the guy who wrote all my favorite songs, never having heard his name before,” explained Claassen. “He’s an incredibly interesting person, and after a few drinks, I asked him if I could make a movie about his life. He replied, ‘Hell yeah!’’

For Claassen, that’s how the feature-length documentary “Tennessee Whiskey” was born. Named after the 1983 George Jones number one hit and Chris Stapleton’s latest record-breaking cut of Dean’s famous song, the documentary took Claassen across the United States, interviewing the biggest names in country music as they shared stories, memories, insights and praise for the man responsible for much of country music’s history.

“It’s a biopic about one of country music’s greatest songwriters. The man behind the music, whose life has been full of great complexity and challenge. A true ‘rags to riches’ guy from east Tennessee who goes to the top of Nashville’s Billboard charts with the ‘King of Country,’ George Strait,” said Claassen. “It highlights the stories behind his biggest hit songs and his friendships with guys like George Strait, Kenny Chesney and Toby Keith that could easily have been lost and gone untold. But I felt it was important to share this awesome era in country music history.”

According to Claassen, flexibility was key, and he and his team took advantage of filming interviews whenever opportunities presented themselves

Interviews at a Moment’s Notice

Based in Crested Butte, CO, Claassen has been an independent filmmaker, writer and director for the last 15 years. “Tennessee Whiskey” is his third feature film and his first feature documentary. Claassen wore many hats during production, acting as Director and often DP, shooting with the Blackmagic URSA Mini 4.6K digital film camera.

“We wanted to shoot in 4K and had heard so much about what this camera was capable of,” noted Claassen. “Its size was very convenient to our run-and-gun, fast setup format that we were basically regulated to by the celebrity interviewees who were very busy and kind enough to give us the time they did. We needed to be fast when interviewing the artists, and the camera’s size and ergonomic form factor made it a great choice for the job.”

“Often, we were very tight on time,” continued Claassen. “On one shoot, my flight was delayed, and we had 30 minutes to meet with Kix Brooks from Brooks and Dunn prior to the Country Music Awards where he was performing that night. Luckily, my camera operator was already in Nashville, so I had him go to the shoot location, Kix’s house, and I got my rental car and called them while driving like a mad man from the airport. I ended up interviewing Kix on the phone while I drove, and my camera operator shot the whole interview without me there. The camera was great for this kind of shoot; a couple of LED lights and we were good to go.”

According to Claassen, flexibility was key, and he and his team took advantage of filming interviews whenever opportunities presented themselves. “We had a few minutes to do a shoulder-mounted impromptu interview with Deana Carter during her sound check. We basically just had to turn the camera on; it was always ready to go,” he said.

From meeting Toby Keith at the MGM Grand Las Vegas before a big concert at the National Finals Rodeo week, to visiting with George Strait at his ranch in San Antonio, TX, to speaking with Robert Earl Keen in Vail, CO at a music festival and Kenny Chesney in Nashville, Claassen and his team were on the road for eight months.

“We basically went wherever we could to get interviews with these artists, and all we had was the camera, a Canon zoom lens and Nikon primes, sticks and a small light kit, and our interviews look fantastic,” said Claassen. “I mostly used the camera’s LCD screen to help set up the shots and go. I just let the camera do its thing and focused on getting good content from a storytelling perspective. It allowed me that creative freedom during the interviews.”

He added, “It was important that the camera captured a flat image that we could have full control of in post, which is another reason why we chose this particular camera. Its 15 stops of dynamic range really came in handy when shooting on stage at concerts, backstage in green rooms or outside in bright sunlight. George Strait’s interview was all natural daylight, with a little LED light to get under his hat. These guys all have on cowboy hats and their eyes often go dark, so having the camera’s range really helped with all the different lighting scenarios we encountered.” Being able to make the most of a camera’s dynamic range is especially helpful when faced with challenging and irregular lighting situations.

“In Las Vegas, we grabbed some sound equipment carts and cases, a guitar, a random couch and created a set in the green room for Toby Keith. The room was very dimly lit, so we just lit him and let the background go black, and it’s one of my favorite shots in the film.” When you’re committed to brevity and flexibility, it’s paramount to get creative and use whatever means necessary to make the shot work.

Claassen also noted that the camera provided a clean look. “The bottom line is it provides a great 4K cinematic image at a great price point. Affordability was certainly a factor, and this camera competes with much more expensive options. It’s a great work horse of a camera that provides amazing images,” he noted.

While the film relies heavily on the interviews and testimonies of the many country stars who have worked with and been inspired by Dillon, the backbone of the film is a performance by Dillon himself.

“We traveled to Fort Worth, TX and shot a full concert of Dean on stage all alone,” explained Claassen. “This is the backbone of the story: Dean and a guitar playing some of the greatest country songs ever written, all by himself. It’s such a unique perspective to have, the songwriter himself telling the stories about songs like ‘The Chair,’ ‘Easy Come Easy Go,’ ‘Marina Del Rey,’ ‘Tennessee Whiskey’ and many more. This is why we made the movie. The stories behind the music are often more impressive and interesting than just hearing them performed.”

Claassen concluded, “’Tennessee Whiskey’ is a posterity film about an era of music that changed people’s lives. George Strait, the ‘King of Country,’ was bigger than Elvis, and Dean was largely responsible for much of that success with songs that people today continue to be moved by and make monumental memories to that shape their lives. Music makes life better, and telling the story about a songwriter who has had such a profound impact on millions of lives without them even knowing it, to me, was a great premise for a country music legacy documentary.”

“Tennessee Whiskey” is now available on iTunes, Amazon and more. For more information about the film, please visit www.Facebook.com/deandillonstory and www.deandillonstory.com.