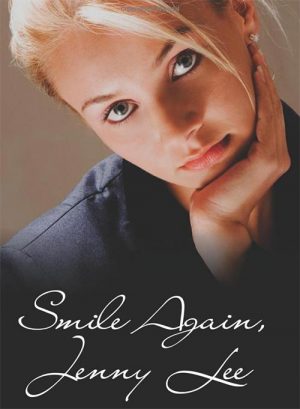 In 2013, Carlo Caldana released an independent novel called, Smile Again, Jenny Lee, about a world renowned tennis player with a personality like Tonya Harding, who got her leg messed up like Nancy Kerrigan. (Only in this tale, she actually was knocked out of her sport for good.)

Two years later, in a feat of moxy that’s truly impressive, Carlo Caldana translated his novel into a script, directed the film, and cast himself as the colead alongside Monique Hafen who played the titular Jenny Lee.

The tale of the film revolves around Jenny’s attempt to find her place in the world after losing her spot in tennis. Low on funds and about to be cut off by her wealthy mother (Linda DeMetrick), she agrees to help a lawyer named Charles Landale (Carlo Caldana) track down her absentee father, hoping that he will float her some cash. However, when the mystery of her father’s disappearance grows more ominous, she and Landale will have to keep their wits about them to unravel the mystery.

The story and mystery of Smile Again, Jenny Lee (SAJL) is actually pretty interesting, as are the characters and their motivations. Much like any good quest-based road trip movie, the questions of searching for someone who can “fix” your life, while realizing your own shortcomings in the process, were well explored.

While the ending struggled a bit and had some difficulty resolving itself, the overall film worked pretty well.

Her mother tries to get her to be more the woman she wants her to be.

But a mysterious attorney offers a possible way out of her dilemma.

One that will require them to take a journey…

And open doors that might be best left closed.

Many drama-based Indie films have acting that’s kind of hard to swallow (or watch), but the acting in much of this film is quite good, including writer/director Caldana and intentionally unlikable Jenny Lee (Monique Hafen). The standout, however, had to be be Jonny Moreno, whose portrayal of a sleazy ex-manager was both compelling—and a dead ringer for Robert Downey Jr. as Tony Stark. The only time watching this film became difficult was during a few scenes between Jenny and her mom toward the end, where the believability of some of the exposition began to falter.

The story was intriguing and the performances compelling. Even though the overly long and drawn out ending was a bit irritating, I was too invested to not finish.

The journey from an Indie novel to Indie film is a rare one that few attempt. Carlo Caldana did this pretty impressively.

If you like coming-of-age mysteries and road trip films, then you’ll find something intriguing to watch in Smile Again, Jenny Lee. (Just don’t expect to find a very empathetic character in the protagonist.)


8.0 – Worth seeing with an audience at a Regional Film Festival!