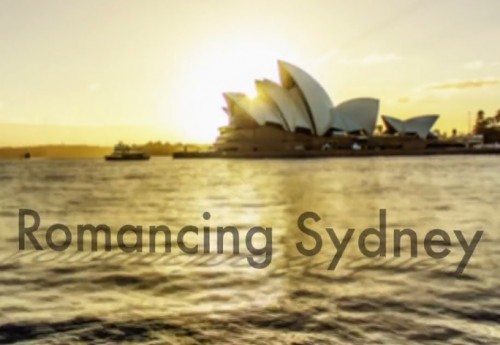 Elisa and Sachen are a couple in love; so are their friends, Alex and John, who have recently gotten engaged. Since Elisa’s visa is about to expire, Sachen has gotten the idea to propose to her so that they can stay in Australia together. But there’s one problem – Sachen has let John’s constant teasing get the better of him, and, to retaliate, Sachen has sabotaged John and Alex’s relationship in revenge. And even though Elisa doesn’t know about this treachery, karma certainly does.

Since there really weren’t any changes to the content of the film since our last critique, I wanted to talk about how much I really loved the creative editing of Romancing Sydney. Instead of relying on dialogue for important moments, they are communicated visually, through music and movement. Whether intentional or not, many directors tend to communicate their story through their preferred medium of art. For example, in the movie Citizen Kane, Orson Welles used a lot of audio cues that were reminiscent of his radio background. In dance, the story is told through the music played and the movement of the dancers, and the same thing is done in several important parts in Romancing Sydney, such as the scene where Sachen sabotages John and Alex’s relationship. That scene is so perfectly communicated through cuts, edits, and the actors’ expressions that there is no need at all for dialogue. Whether intentionally done or just a subconscious choice, these moments added so much to the film. In my opinion, more directors should attempt to incorporate more varied types of artistic storytelling into their films. 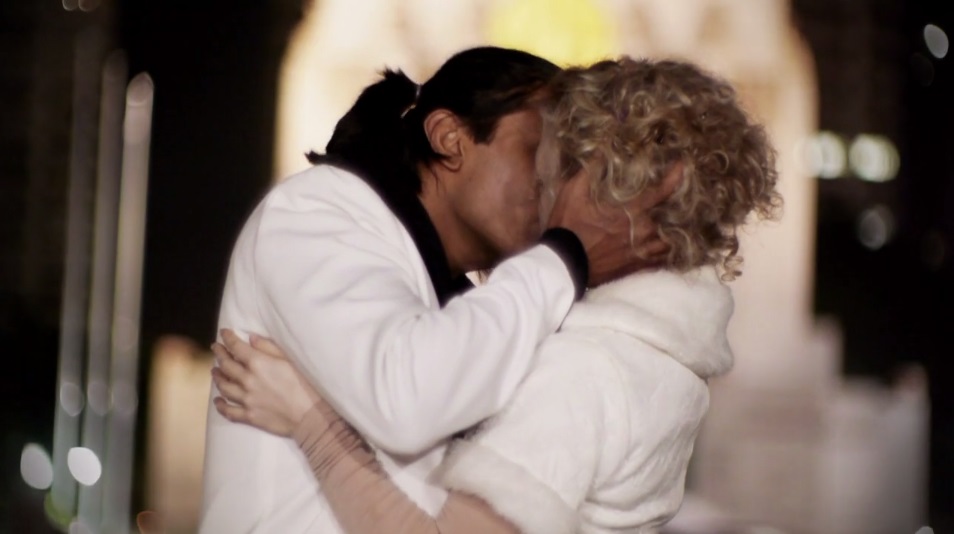 Sachen and Elisa are a young couple in love.

I only noticed a couple changes to the visuals of the film. The opening credits seemed shorter than they had been, and the names of all the cast members were squished together, which made them very hard to read. My guess is that this was done to shorten the film, since it is part of the official selection at the Kanyakumari International FIlm Festival, the Kochi International FIlm Festival, and the Baghdad International FIlm Festival – and, for which, congratulations are in order! But my suggestion is that, if all those names need to be put on the same card, perhaps each could have a different color, at least on an alternating basis, to help distinguish between them. (For finding meaning in chaotic images, the human eye is drawn first to what is in focus, and, if that doesn’t permit distinction, then it moves on to contrast/color.)

As always, the film remains an absolute visual treat. I really love the wide time lapse shots of Sydney – if nothing else, it certainly makes me want to go there! But beyond those images, there are still the dances, the moving camera, and all the unique angles. My only complaint with the visuals – and I’ll admit that it is a picky one – is that, in the scene where Sachen and Elisa first meet, there is a close up of her face. In this latest version, it seems they’ve added a weird sort of spinning effect around the edges of her face. I don’t remember seeing that last time I watched the film, and if I’d had to stare at it any longer, it might have given me a headache. As such, I would suggest removing it. (Editor’s Note:If you’re trying to draw the eye to just her face, or a portion of her face, there are plugins that can create a tilt-shift lens effect, which replicates toy cameras which will have very small centers of focus. This seems like it might do what the director’s wanting to do in a more understandable manner, as it can allow one to create a false field of focus in which only a character’s face is in focus, or even just a part of the face, like the eyes.)

In going back and re-watching previous edits of Romancing Sydney, I must say that I’m really impressed with the audio improvements. Audio can be very, very difficult to get right, and if it’s not spot-on, it will be glaringly obvious to the viewer. 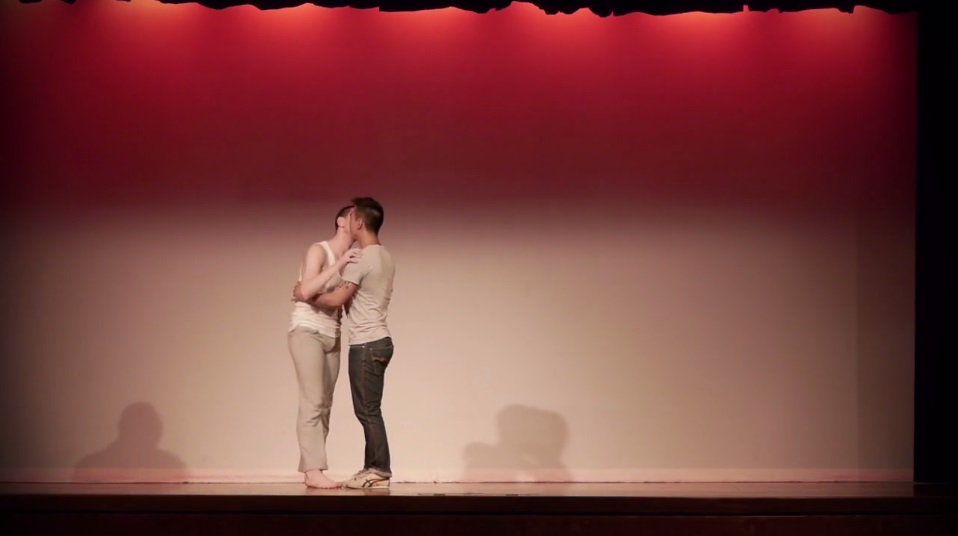 And so are John and Alex.

Some previous audio problems between Elisa and her landlady have been repaired through the use of ADR and it sounds much better. I did notice a couple instances where the ADR didn’t quite match their lips, but it wasn’t as distracting. The new background music is great. I especially loved that Beethoven’s Fur Elise is now used multiple times – a subtle tribute to the German character Elisa. Plus, I enjoyed the cute and slightly romantic music that now plays in the background at Lily’s antique shop and underscores the sexual tension between her and George.

Despite all the great improvement, there is still an issue with the coffee shop scene between John and Alex. Their voices still seem too quiet compared to the background noise of the coffee shop.This conversation is very important to the audience, as it not only establishes that fact that the two are engaged, but also that John still hasn’t come out to his parents and is struggling over how to tell them that he is gay. But since everything else sounded fine, my guess is that the audio sweetening on this film needs more work. I do hope that the audio from this scene can still be salvaged since it is wonderfully acted, and ADR will be very difficult because of the close-ups. It’s quite possible that the audio team has cleaned it and boosted it as much as they can, but can’t boost the volume anymore without it falling apart. If that’s the case, then ADR options like Vocalign or those now included in Audition CS6/CC might be able to help keep the ADR in sync, although returning to the mood of a specific conversation two years later is often very hard, as I understand too well from the first feature film I was involved with that required a lot of ADR! 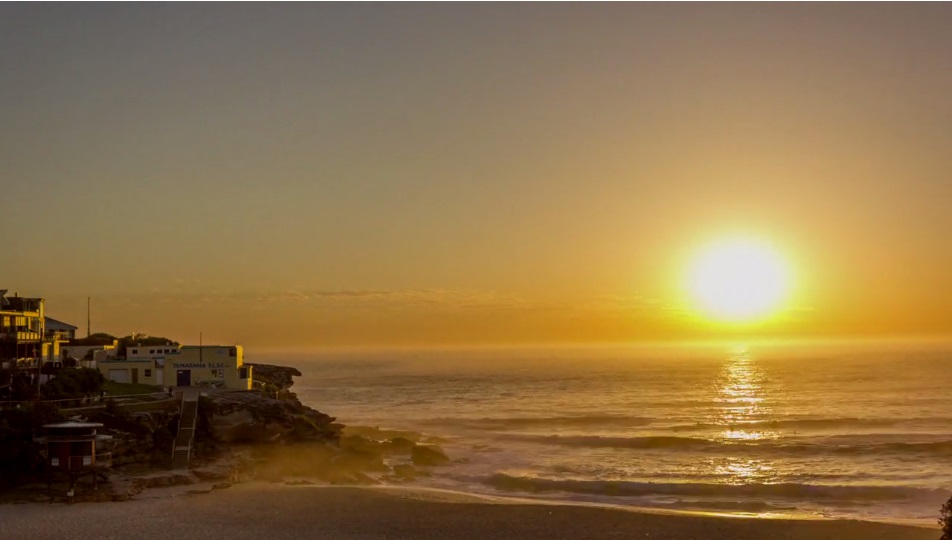 All against the dramatic backdrop of the city of Sydney.

The director mentioned that in this edit, he fixed the 180-degree issue mentioned in the previous critique, as well as the audio issues, so, since he didn’t mention any additional funds or reshooting, I don’t believe that there was any additional money spent. But, as they say, time is money – and especially so for the microfilmmaker. Given the improvements that have been made, I’d say it was time well spent.

It was very difficult to write this final review – which of course is a good thing, because I found myself reduced to trying to pick out mostly insignificant issues. It is, of course, possible for a director to edit their movie to death (*cough* George Lucas *cough*) and eventually a director just has to let it go. And, in my opinion, Romancing Sydney has gotten to the fullness of its creative potential. And the fact that it has been included in three film festivals certainly means that I’m not the only one who thinks that!

Romancing Sydney is a brilliantly-done film, and more so now that it’s previous issues have been taken care of. I really enjoyed being able to just sit back and enjoy watching it, and I even noticed a lot of clever little additions that I hadn’t seen before. It’s also pretty awesome to watch a piece of art that I had a very small part in helping to make better.

The author of half a dozen screen plays, two novels, and a proficient camera-woman in her own right, Monika DeLeeuw-Taylor is Microfilmmaker's lead writing analyst and one of our top film critics. When she's not writing a critique for Microfilmmaker, she's writing novels and screenplays. Most recently, she helped produce on Viking Productions' Depleted: Day 419.