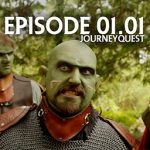 Amidst the fighting for eyes between TV networks and streaming services like Netflix, independent production company, Zombie Orpheus Entertainment, has created a proven system by which filmmakers and content-creators grow devoted audiences while completing ambitious rounds of crowdfunding without celebrity or name-brand involvement.  This process, which leans on multi-tiered audience involvement, may be the next evolutionary step in entertainment content development, not just economically, but as a consistent exposure platform.

Since crowdfunding started getting movies made over a decade ago, sites like IndieGoGo and Kickstarter have been optimistic beacons for aspiring filmmakers and musicians hoping to start their careers.  But now for the first time, these seed platforms originally intended as launch vehicles have found their place in a recurring and sustainable business model.

“The key to our method’s success is two-fold,” says ZOE’s Chief Executive, Ben Dobyns. “First of all, we focused on building a community from the start, so instead of our campaigns being focused on the products, they’re structured more like an NPR money drive.  Second, we allow our community to interact with us, so they are literally able to shape our stories as they develop.  It’s bespoke filmmaking… an experience that just isn’t offered by traditional networks and studios.”

For more than seven years, Zombie Orpheus (ZOE) has been producing web series and feature length motion pictures for an audience that started in the hundreds, and that is now north of one million.  Since 2014, ZOE and its half-dozen full-time staff have been paying the bills exclusively from their crowdfunding campaigns.

While there is obviously a heavy lean on audience engagement, Dobyns and his team have perfected the science of crowdfunding by identifying statistically superior Kickstarter reward and perk rollouts, budgetary limitations, and carefully timed and scheduled email and ad campaigns.

With all ZOE has accomplised, it didn’t take long for other content creators to reach out to them for crowdfunding guidance, and as of Q3 2016, ZOE’s Kickstarter Consultancy has been open for business with more than a half-dozen campaigns successfully completed.

Josh Chewerda is the director of acquisitions at Scatena & Rosner Films, and an executive producer for feature length motion pictures, and commercialized web series.