Creating a Fantasy Web Series on a Micro-budget: Interview with Kate Madison

With over eight million total YouTube views and 14 international awards, not to mention discovering Outlander’s Sophie Skelton, the indie fantasy series Ren: The Girl with the Mark has made quite an impact. While the team raise funding for new episodes on Kickstarter, we talk to director and co-creator Kate Madison to find out how the series came to life. 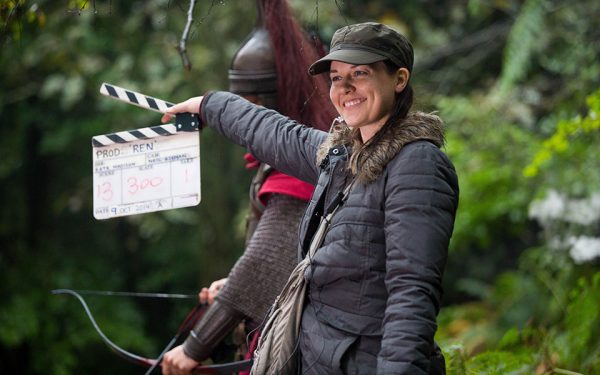 Ren tells the story of a young woman whose life changes forever after being ‘marked’ by an ancient spirit. Now an outcast with strange powers, she escapes from her village after a dramatic showdown with the Kah’Nath army.

Getting the series off the ground 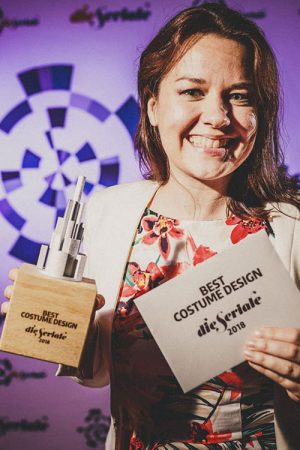 Kate, your previous project was Born of Hope, a Lord of the Rings fan film with over 57 million YouTube views to date. Did that film’s success open any doors for you?

Although it didn’t result in Hollywood coming calling, it created a bit of a buzz and it became known in the industry. Myself and Christopher Dane [co-creator of Ren] did start work on a fantasy feature film script called The Last Beacon and spent what felt like a number of years just not going anywhere. We concluded that the crowdfunding thing which worked for Born of Hope is online, so we need to go back to that.

Why fantasy when there are so many cheaper and easier genres?

For me, film and TV is about escapism, so I enjoy action-adventures and comedies and historical stuff. Fantasy is a huge genre. To me it’s a way to have the freedom to do whatever you want. I can take things I like – historical things, costumes, set design – and the joy of fantasy over period is, you can go, “I’m going to use this Viking purse with this medieval-looking helmet!” I like the freedom of fantasy.

Very few micro-budget productions have their own studio, but Ren took over a disused factory for several months. How did that come about, and what were the benefits of it?

It was just luck that Michelle [Golder, co-producer], on a dog walk, got talking to someone who knew someone. He mentioned this place in Caxton [a small Cambridgeshire village]. We were going to get a really good deal because it was sitting empty. And we would have the freedom to build whatever we wanted! There was all this interior space we could build in but also have costume rooms and production offices. 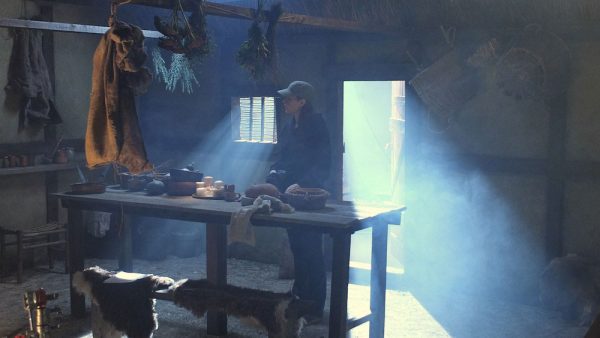 Kate contemplates the set of Dagron’s house, built in the Caxton studio

I’ve always loved the idea of having a place to work where everyone can come together. It’s fantastic nowadays that you can communicate with people all over the world, but you can’t beat a face-to-face conversation with someone and being able to look at the same picture and point at it and talk about it. It meant we were able to achieve a lot more in scope but also in quality.

Putting a fantasy world on screen

Perhaps the greatest achievement of the production was creating a medieval village from scratch. Building the set, sourcing enough extras and costuming everybody were three massive challenges. How did you tackle those?

The set build, I thought, “It’s fine, we can do this, we can build this circular wall essentially with a few alleyways going off it and fill it with some market stalls.” Chris was in charge of building the set, and did an amazing job with a bunch of volunteers that came back over and over again. Although we bought a bunch of materials we made use of an amazing site called Set Exchange which is a sort of Freecycle for sets and we found a bunch of flats on there – that helped a lot. 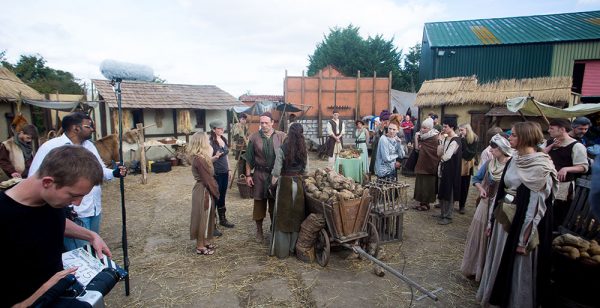 Filming a scene on the village set

Populating the village was always going to be challenging. Suzanne [Emerson] who also played the role of Ida got heavily involved in helping to find extras. She’s involved in a lot of the amateur dramatics in Cambridge. We had varying numbers, but there was never a day when no-one showed up.

As for dressing them – we grabbed all of the Born of Hope costumes, Miriam [Spring Davies, costume designer] had a bunch of stock stuff as well. We ended up buying a bunch of things from New Zealand, from a costume house called Shed 11 that did Legend of the Seeker. The Kah’Nath armour came from Norton Armouries; John Peck – who had been involved with Born of Hope supplying stuff for orcs – I called on his good will again.

It was lovely to make the hero costumes from scratch. Miriam and I would go through the costume designs and then we went and looked at material. Chris and I randomly on a holiday to Denmark found some material we really liked for Karn’s tunic. Ren’s dress – I bought that material ages ago and it had been sitting around. Miriam and I took a trip to Lyon’s Leathers, spent what felt like a whole day wandering his amazing storeroom and picking out stuff for different characters, for Hunter’s waistcoat and Ren’s overdress, and we got the belts made there. 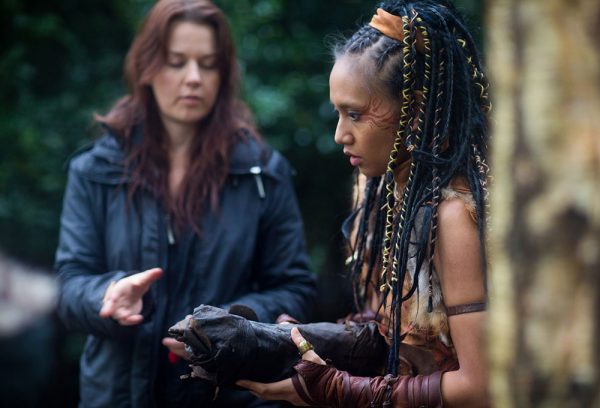 How have people responded to the series?

The response to Season One has been a bit mind-blowing really. I decided to enter it into a few competitions just to see how it went, and suddenly it got bounced around different competitions through winning things, and we now have 14 awards on our shelf!

The YouTube channel has been growing over the years, and just hit 100,000 subscribers the other week. My grand ambition was for 500,000 views on each episode because I thought that was really high for a web series. We’ve hit four million or more on the first episode, so beyond my wildest dreams!

The future of Ren 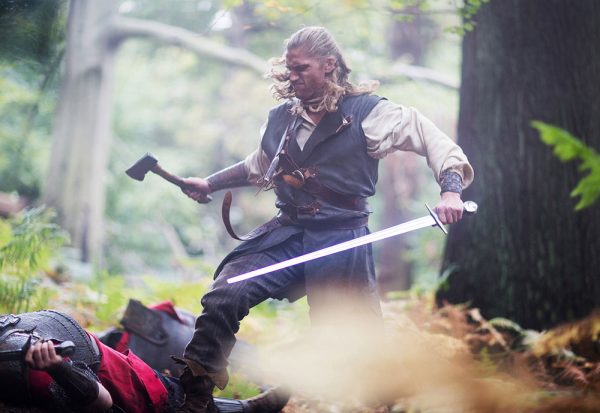 Duran Fulton Brown (Hunter) in a fight scene from Season One

What can we look forward to in the new episodes?

We’re hoping to start with a bit of a bang, to keep the action going from the first season. We’ll follow Ren and Hunter, this very unlikely pair, as they’ve been thrown together. She’s lost her potential mentor, [and] her brother, and is seeking answers.

The new episodes are being crowdfunded again. What’s the thinking behind that?

People keep asking for more episodes, and this is the way we need to make them! There aren’t other funding methods in the UK for this sort of short-form series, and especially an ambitious fantasy-adventure series. So the best thing is to actually talk to our audience. If our audience want to see more, then they can help by backing and supporting and sharing the show around, and through this Kickstarter we can make more episodes. The money goes straight from the fans to the creators, and the series goes straight from the creators back to the fans.

You can join Ren’s loyal community of supporters right now by backing new episodes on Kickstarter. There is a range of exciting rewards on offer, including a Directing Experience, exclusive video blogs from set, and replicas of props from the show.