She Has a Name: Unveil Studios Offers Humanitarian Perspective through Filmmaking (Article/Retrospective)

She Has a Name, the latest independent film out of Canada-based Unveil Studios, is a dark documentary-style thriller based on the taboo subject of human sex trafficking. More than a movie for filmmakers and brothers Andrew (writer), Matthew (director/editor/colorist) and Daniel (director/editor) Kooman, She Has a Name is human rights statement designed to remove the public’s numbness to what has become a global epidemic. 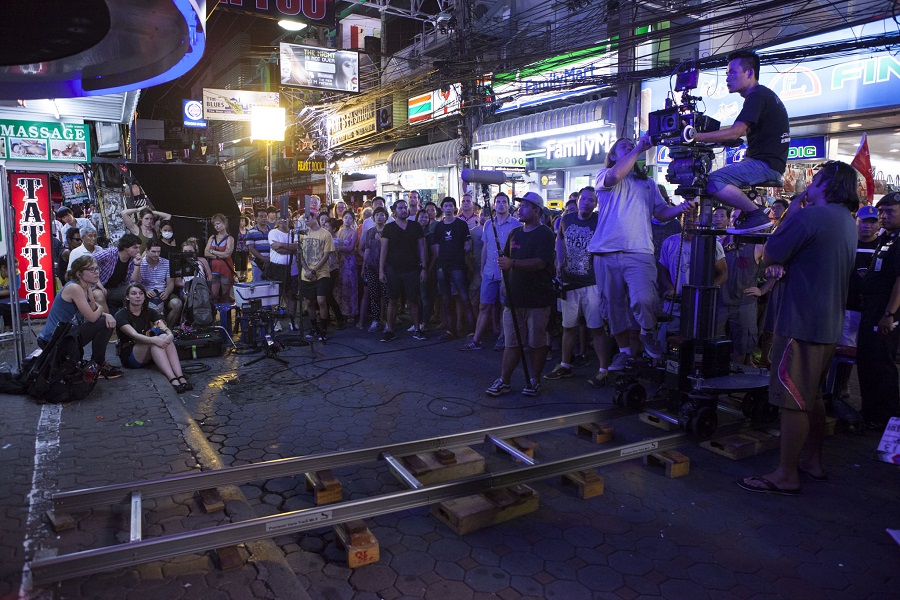 Filmmakers Daniel, Andrew and Matthew Kooman use their passion project to call attention to a global epidemic.

“The United Nations estimates that approximately two million children are being exploited in the global commercial sex trade,” states Andrew, who wrote the She Has a Name screenplay, an adaptation of his highly successful stage play of the same title.

She Has a Name explores the story of one girl among millions whose future is stolen, highlighting the work required by the global community to address this unthinkable reality.

The story of She Has a Name follows Jason (Giovanni Mocibob), a lawyer posing as a john to build a legal case against a ruthless pimp who is trafficking girls in Asia. He meets Number 18 (Teresa Ting), a girl forced to work as a prostitute in a busy red light district, whose testimony is key to his case.

Shot in Thailand, the country itself played a key character in the film.

“Because this film embodies so many complex layers, it required more than the outstanding abilities of our actors to tell the story. It required the talent of our production crew to capture the diversity of Thailand in a way that the country itself played an important character in the film, which was critical to the narrative,” emphasizes Andrew. “The way we were able to weave the environment into the storyline brought a hyper realness to the events, giving the film a powerful production value that aptly tells the story of international corruption and cover ups without losing site of the individual’s story of hope and justice.”

The complex production and postproduction process spanned 18 months and was supported by a crew of 100, with production in Thailand and post done in several locations throughout Canada.

Defining a Look to Set the Tone

The Kooman brothers along with Producer Shari Aspinall assumed the role of location scouts, visiting Thailand prior to the shoot. Returning home with a photo album of potential shoot locations that ranged from the vast countryside to the frenetic city of Bangkok, the team connected with the film’s director of photography Bob Nguyen to finalize production details. While they all agreed that they wanted to create a signature look and feel for the film, they did not want to stray too far from the grittiness of the original environment.

The trio wanted to bring out the cool color tones in the midst of a warm, sweaty and greasy climate. Bob and Matthew used Blackmagic Design’s DaVinci Resolve Studio to create a LUT (a modifier between two images, the original image and the displayed image, based on a mathematical formula), which was installed on the director’s monitor to help the team visualize the shoot results. Matthew, who spearheaded the color grading, explains: “We wanted to be able to monitor everything with the LUT in-monitor. This would give us the ability to convert the raw image and preview what the image was going to look like with lighting as well as the surrounding elements.” 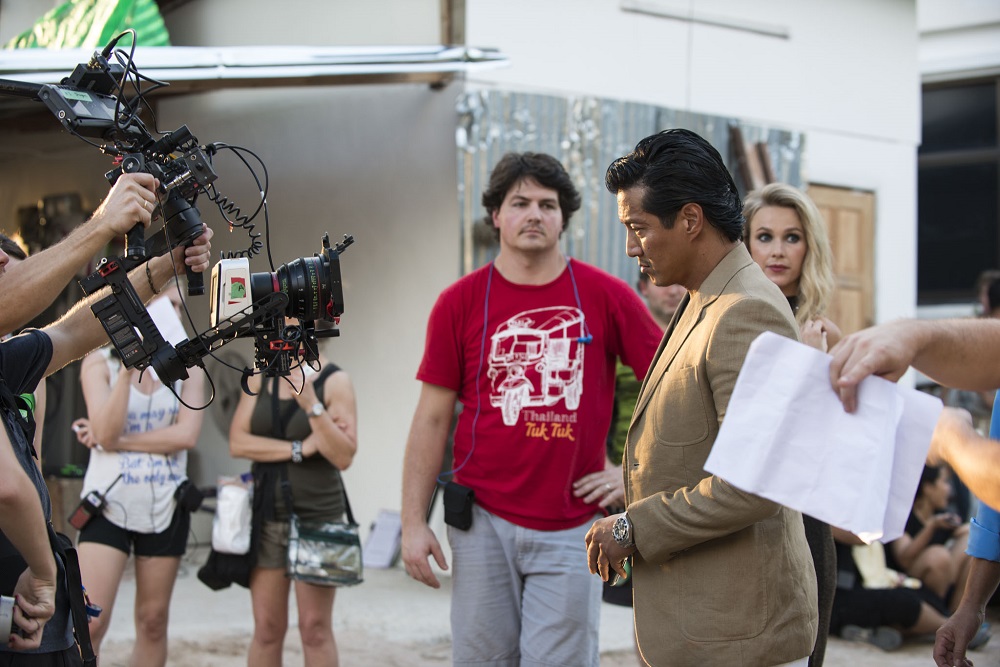 The team needed their images to be raw, like a cinematic documentary, for this important story.

Capturing the Cinematic Rawness of Thailand

With only two months to complete a complex shoot that included the crowded city streets of Bangkok at night, as well as deserted countryside roads, Bob had to find the best camera for the task at hand. Researching options and testing cameras is important, especially for low budgets and time constraints. This process helped Bob and the Kooman Brothers get to know the gear before they started shooting. This ensured that they didn’t realize the camera was wrong for the project during crunch time.

“I have always been a huge fan of film, and at first I wanted to shoot She Has a Name on 35mm. However, film doesn’t give that skin tone richness that you often find with most digital formats and shooting in a celluloid format was not ideal for the timeframe we were working with,” Bob recalls. “Dan, Matt and I did some camera tests, and we were blown away by what we saw coming out of the Blackmagic Production Camera 4K. When we all sat down, we agreed that the film has to have a unique look, but the image has to be raw, like a cinematic documentary. We did not want to change much from what we could see with our own eyes. The camera gave us what we wanted in terms of keeping the reality undisturbed but also being able to transform it into something beautiful.”

Camera testing and image quality aside, the team had to also pass the unforeseen tests of Mother Nature. The rapidly changing weather conditions in Thailand brought temperatures of 90 to 100oF with equally brutal humidity and violent rainstorms. Bob explains, “It was very hot and humid, and I had some big concerns bringing the two cameras from Canada to Thailand with such a dramatic change in temperature and conditions. However, not one of the main cameras we brought failed. They really held up quite well in extreme conditions.”

For the shoot, Bob paired the camera with Canon Cine Lenses and a Canon 30-300mm zoom lens. The camera body was protected with a cage from Wooden Camera. This offered several mounting points for the onboard monitor and other accessories. 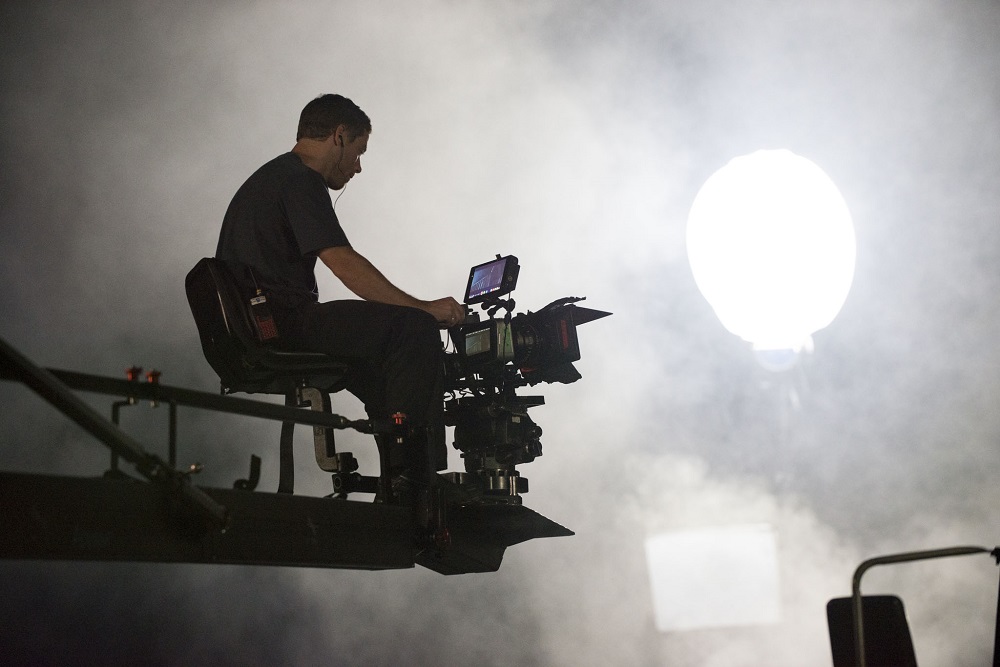 The cameras used had to hold up in extreme conditions.

As the production wrapped in Thailand, the post team back in Canada began the eight month process of compiling the RAW file footage and assembling the story. Matthew and Daniel collaborated on the editing with Matthew working from Alberta, while Daniel worked from British Columbia. With two post teams in motion in different locations, file sharing and compatibility was crucial. Daniel explains, “Working in several locations added to the complexity of post, and we really needed to use a solution that could keep us connected and in sync. We needed to be able to share and review work in real-time so we could discuss the edits and the evolution of the storyline.”

She Has a Name was the first project Unveil’s post team had edited with this type of software. However, making the leap to a color grading software with built-in NLE (non linear editor) was seamless. Daniel describes, “The way that the software is split up into Media, Edit, Color and Deliver is really effective. When you are in one of those modes, you are actually in that zone. If you are in media, you’re just categorizing and setting up what you need for the edit. When you are in edit mode, you’re not thinking about color, you’re not distracted by other functions, you are developing the story. It was really intuitive and something that we all could just really click into.”

The Nuance of Color Grading

With the variety of locations, color grading a dark thriller like She Has a Name took a bit of finesse to preserve the richness of diverse environments and the grittiness of the film’s subject. For the night scenes in particular, there were strong and varying color casts in the shadow areas. She Has a Name senior colorist Don Armstrong explains, “Even though many shots had very strong colors, by the time I had dialed in the blacks and the whites, the flesh tones would often fall right where I wanted them without needing to over correct. It’s all about nuance.”

The film’s colorists also often used curve features to ease a look. Don colored some moving camera shots that had waving foliage and other dense textures, which meant that he needed to tone the colors down. He used Hue vs. Hue and Hue vs. Sat curves (powerful, fast-to-use controls that let you make gentle or sharp alterations to the color components of an image by placing control points along sections of the spectrum) in the color grading software to fix this issue. These tools allow colorists to either emphasize or tone down colors without drawing the audience’s attention to the area being colored. “You don’t want the audience to notice color grading!” Don explains.

More About She Has a Name

She Has a Name is produced by the Kooman brothers, Donna Abraham and Shari Aspinall, with Lance Kadatz and Dean Kohut as executive producers. The global World Premiere of She Has a Name will take place December 2, 2016, the International Day for the Abolition of Slavery, with screenings in Melbourne, Australia; Cape Town and Johannesburg, South Africa; London, England; Belfast, Ireland; and Red Deer, Alberta. A wider release is slated for January 2017 to coincide with Human Trafficking Awareness Month. Available at www.shehasanamefilm.com and in select theaters around the globe, proceeds from each online sale through the film’s website will #FundFreedom.

Learn more about this project at:

Mariah Stein is an account executive at Zazil Media Group. Visit her at ZazilMediaGroup.com.

"We believe in the power of people. We build relationships, because we know that campaigns are not simply jobs, and you are much more than a number. When it comes to PR, we’ve got your back. We specialize in media relations, communications and events – there’s nothing we can’t tackle."

"Whether your need is tactical or strategic, we have the skills and the know-how to execute your PR and marketing communications plan. We partner with you to deliver exceptional content that will put you at the forefront of your industry."