What’s Up With Meta? 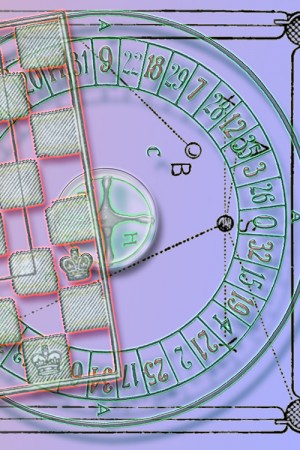 It’s hard to be a modern creative person without having been exposed to conversations about the “meta-game” or the “meta-content” that’s behind modern creative works. This is made all the more confusing due to the fact that the concept behind how it’s now use in New Media is a hybrid of the noun version of this word, the adjective version, and something else. The French have a phrase called “Je ne sais quoi” which literally translated means “I know not what”—as in, there’s something else about what I’m talking about, but I can’t put my finger on it. It would be appropriate to say that Meta’s third component is this ‘je ne sais quoi.’

According to the Google dictionary (which has now replaced Webster’s for most quoted), the noun “meta” is an abbreviation of “metakey”—a computer term for the combination of holding a control key while pressing a button on a keyboard. In modern lexicon, we call metakeys “shortcuts” and most of us use them every day. (Who doesn’t use cntrl/cmd-A, cntrl/cmd-C, and cntrl/cmd-V to select all, copy, and paste?) To understand how this has come to be used today, it’s helpful to realize that these metakeys started out as secret shortcuts that only the original programmers knew and, therefore, could use. It was assumed that normal consumers would want everything to be in menus. As such, those who wanted to become fastest at their craft spent a lot of time figuring out these metakeys as sort of modern digital mysteries.

As to the adjective, in regards to a creative work, meta is understood to be referring to itself or the conventions of its genre. In films, this is often clearly seen as a wink to the audience; it’s a great way to show that the writers and filmmakers have a sense of humor and that they’re aware of surface weaknesses people might object to. This can be weaknesses or cliché’s in an entire genre—such as the way the Scream franchise picks apart the horror tropes—or weaknesses that may be perceived by an audience about a specific film—such as the way the upcoming Marvel movie, Ant-Man, shows that it’s aware that the name is a bit silly by including dialogue from the main actor in which he says something to the effect of, “This is all great…but is it too late to change the name??”

When you combine this concept of self-referential and hidden secrets, you come up with a concept for meta which might be defined as “the thing within the thing.” While it’s become popular with new media for things like “the game within the game” or “the mystery within the mystery”—things that often encourage interaction from the audience in less conventional and more proactive manners—this concept has been around since parables, fables, and allegories were invented. This concept is actually boiled down most succinctly not from Plato or Socrates—who were big proponents of this type of instruction—but by Jesus Christ, who stated that parables were essentially used so that important truths weren’t wasted on people who weren’t prepared to hear them. As such, these dual tales can be said to have a simple story everyone can understand, and a much more complex secondary story that only people who are prepared to unravel a mystery can find. (I contend that the film, ‘Fight Club,’ is one of the most masterful of these modern dual tales. The casual viewer has a good thriller, but the person who views it repeatedly quickly comes to see the deep allegorical commentary on modern life, gender perception, and the delusions of fame & fortune.)

So what does that all mean for the modern filmmaker and creative? If these concepts are so old, why is it now become such a buzzword?

Simply put, for much of human history, it was assumed that man’s goal was to get more physical comforts and that the more accustomed you became to these comforts, the less you would want to exercise your body, your mind, or your preconceptions..

As such, most mass media—television, Hollywood films, and many news sources—for much of the 20th century felt that the goal was to simplify the way people consumed content and stories, purifying them of hard questions, or confusing endings, or anything that might attract niche viewership. If this theory had been correct, eventually studio films would have died away and everyone would’ve just watched things from one of three major networks on their televisions until the end of time.

However, instead, niche films began to prove that people didn’t want just mass-media fare, but that films of more modest budgets could be profitable if you could make it for a niche audience that wanted it. Not only that, but interactive spectacles became more popular for midnight viewings of films like Eraserhead, Rocky Horror Picture Show, Monty Python and the Holy Grail, and the aforementioned Fight Club. (If we all wanted to have stuff spoon fed to us in the private safety of our homes, there certainly would never be a trend to dress up in strange costumes, leave our homes at inconveniently late times, drive to arthouse theaters–which are almost always in sketchy parts of any city they are in, and get crammed in around hundreds of people who are all trying to recite the movie on the screen at the top of their lungs!)

Now that we’ve explored the basic concept from which Meta comes, come back next week when we look at the next rung in meta-stories and meta-games with: The War between Video Games & Board Games!