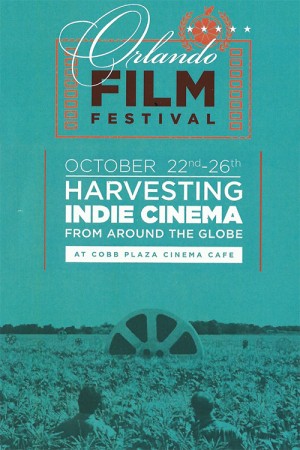 The 9th Annual Orlando Film Festival wrapped up its run in downtown Orlando from October 22 through the 26th. Over 200 feature length films and shorts were showed, culled from over 1000 films submitted to festival organizers. The venue was the Cobb Plaza Cinema in downtown. Theatrical releases continued to run in theaters 1 through 6, while festival films were shown in theaters 7 through 12.

The festival organizers scheduled multiple showings of the selected films throughout the event from mid-morning well into the evening. Thirty-five feature films were shown, eighteen documentaries, and many shorts covering drama, comedy, foreign, horror, human relationships, science fiction/fantasy and shorts that defied description.

The halls of the theater were lined with posters of all the films at the festival. Each poster displayed every film festival where the film has been shown, each with its requisite wreath. The most “wreath populated’ poster probably went to Into the Dark, directed by Lukas Hassel; the film’s poster proudly displayed thirty wreaths from film festival showings in 2014.

A Snapshot of the State of the Short Independent Film Craft

Filmmakers from across the United States and other countries vied to have their films shown at the Orlando Film Festival. I specifically targeted the dramatic shorts to view with the MFM readership in mind and my limited schedule. The shorts were grouped with five to six films per showing. After each showing, a member of the cast or crew from each film participated in a Q & A.

I watched two different viewings with seven films in the first and five films in the second. Among the standouts in the first showing was director Nickolas Julius’ The Devil Goes Down. The self-funded film cleverly uses the frequently-used theme of the Devil striking a bargain with someone, but with not-so-obvious consequences. In this case, the Devil (played by award-winning actor Michael Kenneth Williams) strikes a bargain with a very good amateur basketball player, played by Stefan Baird in his film debut. The surprise ending has never failed to draw laughter and applause from the audience. Besides the convincing performances of both actors, the cinematography and editing of the fast-paced scenes were outstanding.

Director Michael Bekemeyer’s powerful Impasse portrayed a married couple battling with the reality that their marriage was over and neither would talk or listen in an effort to resolve it. Jennifer Fontaine (Days of Our Lives, Painting in the Rain) played the estranged wife Alice, giving an empathetic and moving performance. The scene of Alice witnessing an argument between a couple in a coffee shop was based on a true experience by screenwriter and producer of the film, Jeanne Veillette Bowerman. Bowerman and Bekemeyer texted back and forth as Bowerman witnessed the couple’s argument and subsequent breakup, and this became a pivotal scene in the film.

In the Q & A, director Nikolas Julius spoke of the good fortune of having professional crew members, such as his director of photography Chris Scarfile, who had such an impact on the look of the film. Julius also revealed the film was primarily self-funded, and that others on his production team contributed their time to see the film completed. The Devil Goes Down, like virtually every short independent film, is a project of creative passion with the greatest reward being the applause of the viewers at film festivals like this one.

The second segment of dramatic film shorts that day was evidence of the caliber of talent in the independent filmmaking community today. The five films shown were Becoming Henry, Lean, Tobacco Burn, The Train and One Armed Man. The common thread through most of these films was historical events served as the backdrop to the storyline. History can often serve as the basis of original script material for a short film.

In Becoming Henry, director Anna Goodman-Herrick drew from the autobiographical book An Unbroken Chain: My Journey though the Nazi Holocaust by Henry A. Oertelt. A short segment in the book that took place at a party during the 1950s in Minnesota was the basis of the screenplay by Stephanie Silverman Houser, who also produced the film. A vintage Jeep and M8 armored car were loaned for the wartime footage, and automobiles and period costume, hair and makeup helped to anchor the look of the postwar 1950s. Although principal photography was achieved in less than a week, producer Houser stated in the Q & A it took five years from first idea to final editing.

The Train involves a bittersweet story of a thwarted young romance with a most unexpected and dark ending. Directed by New York Film Academy graduate Qianying Zhou, the fifteen minute short was filmed mostly at a restored train station in Fillmore, California. A young woman portrayed by Kimberly Turner (The Real Story of Halloween, Pieces) returns to the mythical Green Town train station to relive some memories and see if a former boyfriend is still there to let him know she is engaged. David Tucker (The Man in the Red Suit, Something’s in the Water) plays the boyfriend who, to the surprise of the woman, is indeed still there. He gives her a tour of the rooms in the station, but something she sees in the last room leaves her shaken, and she flees the station. The plot twist at the very end is reminiscent of many of the episodes of The Twilight Zone. 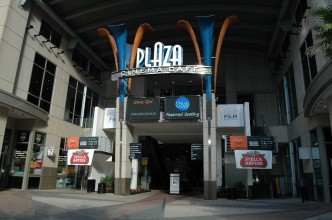 The 9th Orlando Film Festival was held at the Cobb Plaza Cinema Café in downtown Orlando.

The Devil Goes Down director Nickolas Julius (far left) participates in a question and answer session during the Orlando Film Festival. 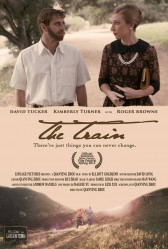 Festival poster of The Train, a short directed by Qianying Zhou. 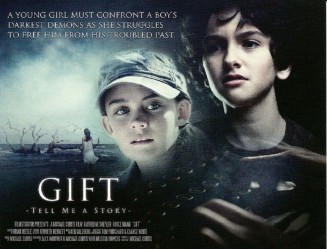 Promo card of Gift, directed and produced by Michael Curtis. This is Curtis’s first film short, and will be the subject of a future MFM article.

A Brief Chat with filmmaker Michael Curtis about Gift

During the second screening, I had the pleasure of talking with filmmaker Michael Curtis. His film short, Gift, was a featured selection of the Orlando Film Festival. Based outside of Atlanta, Curtis has for years been a television editor and producer of his own production company, EditLab. He has directed and produced commercials for the American Cancer Society, and even a short homage to boutique coffee roaster, Blackbird Coffee. He launched Filmstigator to begin producing creative short and feature films of his own making. I will profile Michael Curtis and his first film Gift in future editions of MicroFilmMaker magazine.