The Spielberg of Hereford: Neil Oseman spans the Gamut from Micro to Feature Films (Article)

Neil Oseman knew at an early age he would become a director and filmmaker. He attended Chase High School and Sixth Form Malvern College in England. At fifteen, he directed his first feature film, and his first paid directing job at nineteen. On one of the jobs he worked, he was told by a cameraman to forget about studying film at university and instead learn his craft hands-on and to network constantly. 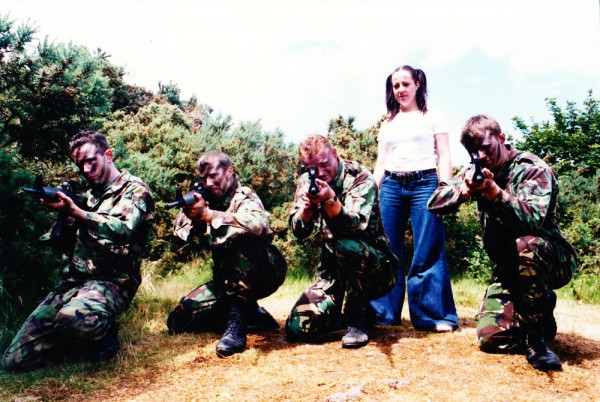 Oseman has lived most of his life in Hereford, 20 miles east of the Wales border. His 74-minute action film, The Beacon, was filmed in Malvern. Produced on a budget of just £3000 and released in 2002, the film taxed his creativity, patience, persistence and resolve. The plot included domestic terrorists, SAS defense forces, martial arts sequences, a car chase sequence and, well—you just need to watch the film.

Oseman had produced the 16-minute short, “Soul Searcher,” in 2000. At the suggestion of one of his actors in The Beacon, he expanded the plotline of “Soul Searcher.” He co-wrote the script with James Clark. The plot involved an aging Grim Reaper who seeks a trainee to take over his duties. Far more ambitious, the feature film would also be a lot more expensive to produce. 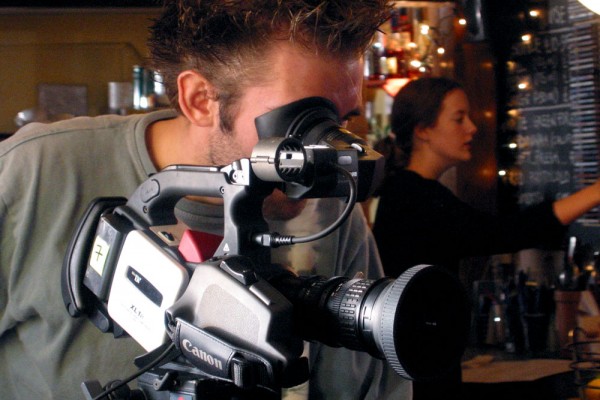 The hallmark of all of Oseman’s film productions is his meticulous bookkeeping and video documentation of all aspects of a film’s production. This permits him to track both budgeted AND unexpected expenses. The production videos are used as extras during release and as ‘lessons learned’ for other filmmakers. His excellent 28-minute budget breakdown of “Soul Searcher” reveals the trials and tribulations of making this film. This shows the fundraising process, production issues, the importance of post-production, including music, and the potential traps within most distribution deals.

For “Soul Searcher,” Oseman recruited the cast and crew using the online filmmaking community, Shooting People. All filming took place at night in and around Herefordshire. Due to his daytime obligations, he did filming over a six week period between 4 PM and 4 AM. He credits the completion of the project to the dedicated cast and crew.

“Certainly, the film could never have been made without the goodwill of all the professional and semi-professional people [who were in the audience for the film’s premier],” he told Leo Benedictus of London’s eminent newspaper, The Guardian, in 2005. After watching the film, Benedictus dubbed Oseman “The Spielberg of Hereford” in his profile article for the paper.

His next project was The Dark Side of the Earth. To help raise the needed funds, he created a pilot which he shot in 35mm using a Panavision camera. The story is about life on the back side of the Earth which had inexplicably stopped rotating. The set and costumes combined elements of steampunk, including the obligatory airship. It starred Kate Burdette (The Duchess) and Benedict Cumberbatch (The Imitation Game, Star Trek: Into Darkness). The 5-minute pilot was shown at film festivals and to potential producers during 2009 and 2010 but has developed no further. 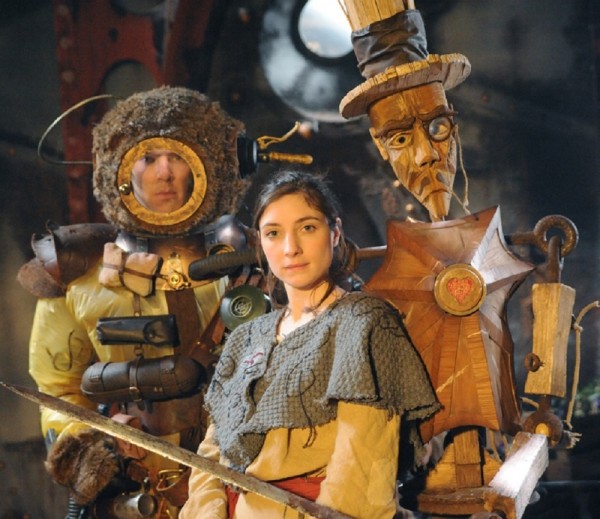 The 35mm pilot for Dark Side of the Earth starred Kate Burdette (The Duchess) and Benedict Cumberbatch (Star Trek Into Darkness). (Photo: Richard Unger)

Oseman has learned to adjust the size of his filmic vision with the realities of fund- raising, pre- and post-production, battling the elements, equipment failures, film promotion and accepting the outcome with good grace and pride. Like other small independent filmmakers, he relies on others in the microfilmmaking community to contribute their talent with the same level of commitment he does. In practically every project so far, the cast and crew donate their time and talent with the knowledge that there is no compensation.

Over the next several years he worked on a number of shorter films with lower budgets and manageable production schedules. Then he produced the fascinating romantic short, Stop/Eject in 2013 which is now in the film festival circuit.

Profession Allows the Pursuit of Passion

Like many microfilmmakers around the world, Oseman had to reconcile the demands of having a steady paycheck with his passion for filmmaking. He needed a vocation to support his avocation. Fortunately for Oseman, he found the perfect solution. In the late 1990s, he studied at The Rural Media Company. With these rudimentary skills he landed corporate video projects, promotional films, council presentations and other paying work.

On these projects he worked as the director, writer, editor, lighting specialist, or, most often, a combination of all these skills. His attention to detail and the quality of the finished production pleased clients—and brought more work. He applied techniques learned from his own film projects to bear on his contracted projects, which in turn helped to hone his craft.

Oseman realizes his present situation is something of an ideal for him. It gives him the freedom to pursue his filmmaking creativity with an unprecedented level of control over his projects.

Inspiring and Instructing Others in Filmmaking

During the years he has been making his films, Oseman has worn many hats. He has acquired a wealth of practical experience and early on chose to share this knowledge with the microfilmmaking community at large, as well as other interested students across England. He started blogging years ago to share his experiences and document his lessons learned.

Around 2005, Oseman began giving seminars, lectures and workshops. That year he spoke at the Borderlines Film Festival and inspired an audience of teenagers about the joys and challenges of filmmaking. He spoke at the SAE Institute in North London that year on all the aspects of making “Soul Searcher.” The following year he returned to give two advanced modules on Visual FX Applications to the Institute’s graduates. 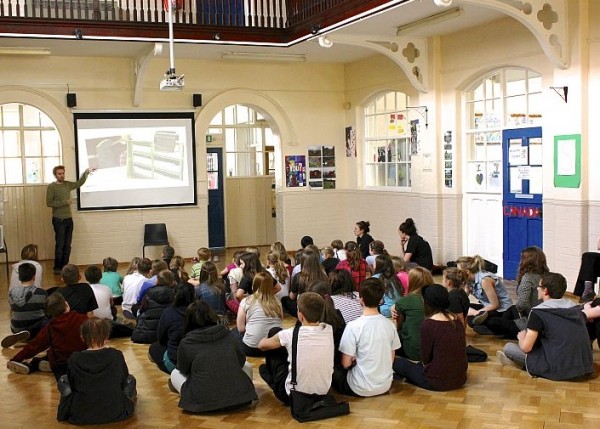 Neil Oseman has given many lectures, seminars and classes to discuss all the elements he has learned in filmmaking. (Photo: Paula Quirke Academy)

He has also attended various film festivals to offer seminars—and clever screenings—of his current projects. Oseman has crisscrossed England to give presentations to the Institute of Amateur Cinematographers, the Pauline Quirke Academy of Performing Arts and the Prince Henry High School.

His website proudly proclaims “Inspiration and Information for filmmakers everywhere.” It is a very content-rich website that any aspiring and experienced microfilmmaker can spend many instructive and productive hours.

I will describe his most recent completed project in my follow-up article: To Turn Back Time: The Making of Neil Oseman’s Stop/Eject.