If you’re an introvert with an interest in directing, chances are you’ve experienced certain doubts.

“Directing’s not for me. It’s for people with better people skills.” Or perhaps, “I don’t want to direct. No one’s gonna listen to me. I should just stick with writing.”

Sound familiar? Here’s the good news. If you really want to direct, and I mean really can’t get it out of your system, you will find a way to direct. In fact, you probably possess certain skills as an introvert that will make you a better director than many of your extroverted peers. So before you give up on your dream of running the show and find yourself a cushy job in post, keep in mind the following things. 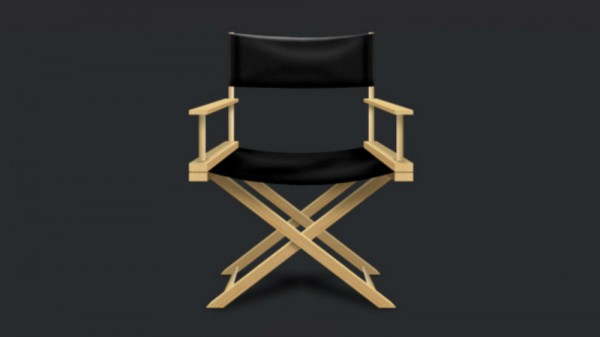 Some of the world’s greatest directors have been introverts.

I’m not saying extroverts never come up with good ideas. In fact, they’re great at passing along information and learning from one another. But if you happen to be the type of person who spends more time alone than in the company of others, you know that your solitude is hardly wasted. Introverts can be veritable sponges when it comes to soaking up information, whether from books, the Internet, or even just listening instead of talking. An introvert is more likely to stumble upon that obscure novel just dying to be adapted, or to tumble down some deep internet wormhole that might lead to the next hit sci-fi trilogy. Many of the greatest ideas throughout history have come from a burst of inspiration during a moment of solitude. Maybe you’ll have your next breakthrough while running in the woods alone. Or maybe you’ll be in your mom’s basement reading Ant-Man comics. The point is, you’re less likely to do something because everyone else is doing it and more likely to come up with something original–or at least to copy something obscure enough that no one else has heard of it.

The best leaders know how to listen.

We tend to think of leaders as loud, larger-than-life extroverts, but many of the most influential leaders throughout history have actually been introverts. Bill Gates, Abraham Lincoln, Gandhi. These are just a few of the introverts who have managed to lead people, despite their quiet ways. Remember that just because you’re an introvert by nature, it doesn’t have to limit what you do or who you become. In fact, some might argue that introverts actually make better leaders, because they know how to listen and bring out the best ideas from the people working for them.

As the director, you may be the smartest person in the room, but chances are, you aren’t the most experienced. One of your crew members may have filmed a similar scene dozens of times and likely has picked up a trick or two along the way. You may even find that the best idea comes from the intern walking around taking coffee orders. An introverted director will be more likely to foster an environment where those people aren’t afraid to speak up, and when they do, their voices will actually be heard.

Introverts are good with actors.

Most introverts are what is known as “highly sensitive” people. As such, they have a natural leg-up when it comes to working with actors, and let’s face it — Working with actors is arguably the single most important part of the director’s job. Acting is tough. Every day, actors risk humiliation as they are asked to cry on cue, baring their bodies and souls, often without even completely understanding why they’re being told to do something. They have to place complete faith in their director and just hope that they don’t come out of it looking bad. A director should be able to understand that, to foster a safe working environment in which the actor feels comfortable enough to experiment and try new things. Most actors don’t know ahead of time what makes those truly great moments on screen. No one does, or we’d all be going home at five o’clock every day after knocking them out of the park consistently. But a truly great director will have ways of coaxing out great performances, and most importantly, recognizing those moments when they do occur.

If you’re an introvert, the thought of directing probably terrifies you. Fourteen-hour days on set surrounded by people constantly seeking your opinion as you dissect intimate moments between total strangers in front of a camera and twenty crew members probably isn’t your cup of tea. Maybe you’d rather be a writer, an editor, a sound technician. Those are all perfectly creative, crucial parts of the filmmaking process. But if you’ve stared long and hard at all your fears, considered what it takes to become a director, and you still can’t shake that bug, then you really have no choice. And with a little luck and a whole lot of patience, you just might be the next Ang Lee, Stanley Kubrick, or Stephen Spielberg. (All of whom are introverts, by the way.)

Rachel Tucker is the creator of Introverts, a web series about three introverted female roommates. She received an MFA from USC Film School and has written and produced two award-winning feature films, Time Expired and Shades.