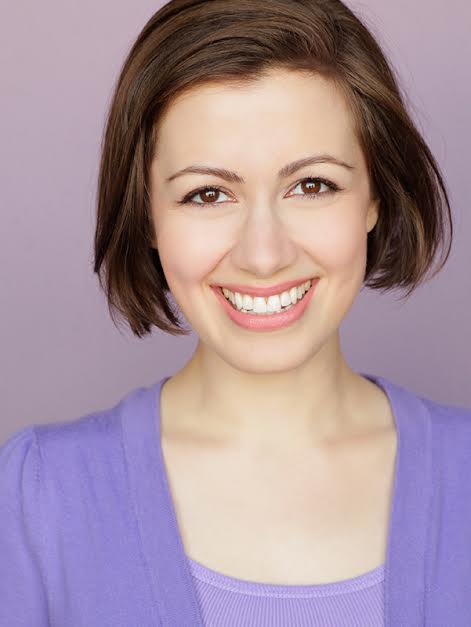 I met Ms. Avalon at the GenCon 2013 Film Festival. She was at the convention to support a couple of series and films being shown.

We chatted, much too briefly, about some of her projects past and future.  Her short, “Baby Names” is one of my favorites (I can just imagine this conversation going on between couples all over the world).

She agreed to talk to MFM and tell us a bit about her work.

Microfilmmaker Magazine: What pathway, journey, or series of happy accidents did you follow to a career in the entertainment industry?

Whitney Avalon: A field as unpredictable as entertainment is going to involve a lot of unexpected zigzags, but I’m delighted to say that I went from a kid who loved to perform, sing, and write to a grown-up who makes a living performing, singing, and writing. I’m grateful every day for that! I’ve been on stage since I was six years old, and theater formed the basis for my later work in film, television, commercials, and voice over. Much more about me than you’d ever need to know is over at http://whitneyavalon.com.

MFM: What advice would you give a person just starting out in filmmaking?

WA: First, sort out what makes a good film. Read the screenplays of your favorite movies. Break down the story beats in the tales you find intriguing. Figure out how to show not tell. Listen to how real conversations sound so you can replicate that naturalness in your scripts. Look into why almost every enduring myth follows the same structure. Do your research. There are oodles of resources in books and online.

Then, with that solid foundation in place, dive in! If you plan to wait until you have million-dollar equipment, an Oscar-winning screenwriter, and a superstar cast, you’re not only likely to never actually shoot anything, but you’re also depriving yourself of all the learning that comes with the first few forays into any new endeavor. Do your absolute best, of course, but let yourself be less than perfect now, even if you don’t release every resulting project, so that you can improve day by day and eventually become the sort of filmmaker that does end up working with the top echelon in the industry.

Behind the scenes of THAT DOESN’T MAKE SENSE, with performer Masha Malinina.

MFM: Where can we connect with your projects?

WA: I write and produce my own comedy songs and short films. They are available at http://youtube.com/whitneyavalon and include GOING DOWN THE RABBIT HOLE (a catchy ditty about internet addiction recorded live), WHY I LOVE THE NEW FACEBOOK TIMELINE (a spoken word piece that goes from sweet to stalker in mere seconds), THAT DOESN’T MAKE SENSE (a cheerful tune about teaching your kids religion), BABY NAMES (an rapid-fire sketch about finding just the right name), and EXPENSIVE TASTE (a blues song from the perspective of an uber-rich one-percenter).

MFM: What kind of equipment do you use on your projects?

WA: I’m fortunate to live in Los Angeles, where I’m surrounded by thousands of incredible cinematographers, directors, and more. When I’m producing, I secure the best possible crew I can within the budget I have and then trust them to use the equipment best suited to the project’s needs. In the same way I wouldn’t tell a make-up professional which brush to use, I don’t instruct my director of photography which camera to use. On THAT DOESN’T MAKE SENSE , for example, editor Brant Duncan is an FX guru, and he proposed and created all manner of cool moments I wouldn’t have the foggiest idea how to implement. Sometimes delegation to competent colleagues is vital!

The magic of modern technology is that much of the time there’s no reason to use actual old-school film any more. One wizard with a DSLR and a basic lighting kit can create absolutely breathtaking visuals. As I said, even with a miniscule budget, there’s no reason for new filmmakers not to get started – and to strive for excellence!

Connecting With Your Audience

MFM: How is social media factoring into how you move into pre-production marketing and awareness cultivation? What have been the challenges with this approach?

WA: The beauty of social media is that you don’t need a major studio’s huge PR budget to reach people who will enjoy your work. Of course, it can also feel like a full time job just to stay engaged and explore the ever-expanding, overwhelmingly huge number of filmmakers and audiences online, so I try to find a balance. I do love connecting with new people (and, hopefully, making them laugh with something I’ve created)!

MFM: What do you think audiences want?

WA: Audience want a compelling story. Period. Tastes will vary, some will prefer blood and gore, others happy cartoon animals, still others a quiet human drama, but if the story is compelling and you’re telling it via the medium that fits it, you’re doing it right. If it only takes five minutes to take the viewer all the way through one cycle of the hero’s journey, then make your film five minutes long, as the irreverent folk at http://channel101.com do (sometimes NSFW). Give the audience a reason to care about someone interesting, make it look and sound good so the technical elements aren’t distracting, add humor or at least wit wherever possible, and they’ll be sold.

MFM: If you had to sum up your philosophy of how to make a film in a tagline, what would it be?

WA: The brilliant Steve Martin purportedly said “Be so good they can’t ignore you.” That applies universally to every field – entertainment or otherwise – and is worthy of pursuit.

I’ll add to that the old comedy adage “Faster! Louder! Funnier!” (In the case of filmmaking, I suppose that would mean “Edit brutally, cutting all the fat! Make sure the sound quality is great! Cleverly keep the audience enthralled!”)

MFM: Do you prefer filmmaking or performing?

WA: I’ve done a lot of really fun and outrageous things for others’ projects – sung a duet with Tenacious D in a tutu covered with Barbie dolls, wandered the desert painted blue, pretended to see Raj naked on The Big Bang Theory, danced with Bert and Ernie – and there’s something very freeing about knowing that someone else is firmly at the helm, steering the ship. I certainly hope I’m lucky enough to get to keep performing in others’ works for a long time to come!
That said, as any filmmaker knows, there is no feeling quite like creating your very own content, nurturing it through every phase of production, and proudly releasing it into the world. 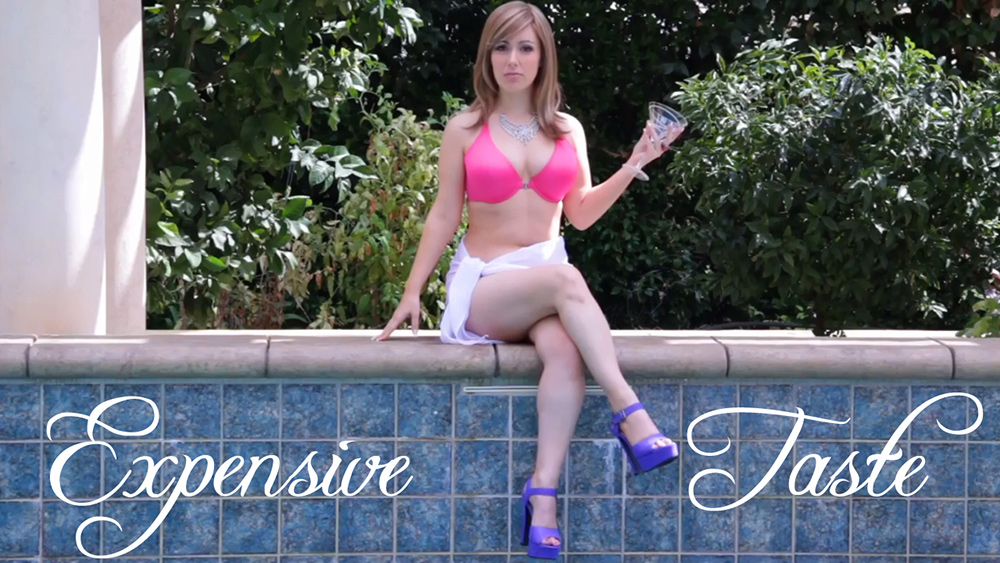 Whitney Avalon in EXPENSIVE TASTE, shot by Brandon Walowitz, takes a look at things from the perspective of an uber-rich  one-percenter.

Thank you Whitney for sharing your journey and thoughts with us. To keep up with the latest news, take your pick of any or all of the following! Like http://facebook.com/avalonwhitney, follow http://twitter.com/whitneyavalon, subscribe to http://youtube.com/whitneyavalon, or join the monthly mailing list at http://eepurl.com/l5Q1r.