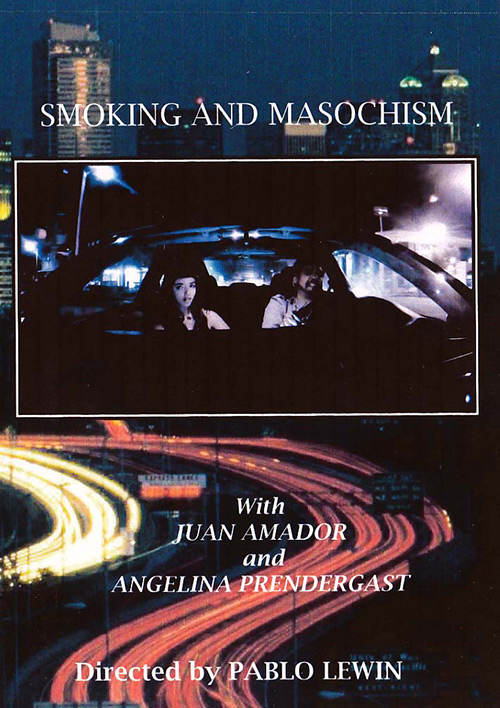 Editor’s Note: Smoking and Masochism is the first film to receive both an MFM Film Critique (designed for filmmakers) and an MFM Straight Shooter Review (designed for film watchers). To read the critique, click here. -JH

If you have a low tolerance for awkward conversations, then Smoking & Masochism isn’t watchable. I have a medium tolerance for it and couldn’t get through it. The concepts aren’t bad, but they’re too brutal to be explored in a short film without using some sort of parable or representational concept.

Of course, It didn’t help matters that the editing was choppy and the acting felt forced.

John finds himself unable to stop assuming he knows why Mimi started smoking.

Some Indie films have enough problems that they can’t reasonably be watched through by a reviewer. As such, the percentage watched is part of the Straight Shooter Film review.

Reasons/Thoughts:The dialogue, editing, and acting were extremely awkward. Watching two people neurotically ask one another if they’re addictions arose because they were raped or tortured is painful enough. When the acting feels forced and chopped up, it becomes unbearable.

Interesting idea that just couldn’t be accomplished in a short film. Maybe the ending bailed it out, but, as a film viewer, I couldn’t bear to stick around. (When we did the full critique later it became apparent that, in fact, the ending did not bail it out.)