A Chat with Jennifer Clary about
the Post of The Silent Thief.

In our third (out of four) articles detailing the process of independent film making, I sat down once again with Jennifer Clary to discuss post-production on her first feature length film, The Silent Thief. 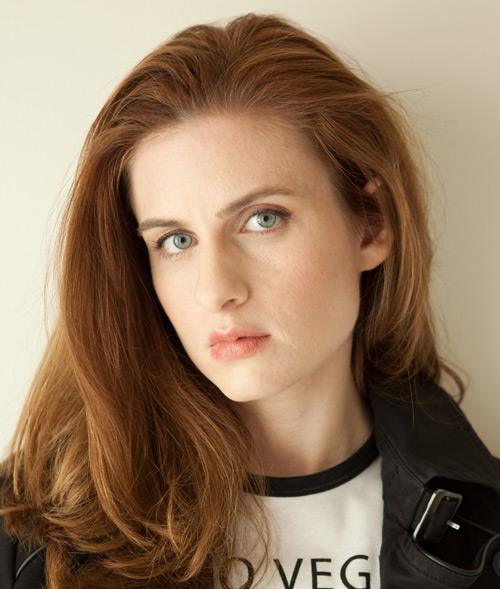 Sitting behind a table littered with various wires and small gadgets I couldn’t even begin to name is the director; her attention focused on the laptop in front of her as she makes preparations for a few upcoming film festivals (which we’ll discuss in our next interview). Kevin, her husband, producer, and co-writer, politely clears his throat to get her attention.

With an apology, she looks up at me and slides her laptop to the side – but just close enough so that she can take a glance should the need arise. “Okay, whenever you’re ready” she says with a smile.

Thank you so much for your time today. I know you are incredibly busy getting the film ready for its festival premieres.

First off, about how long did the post production on this film take? 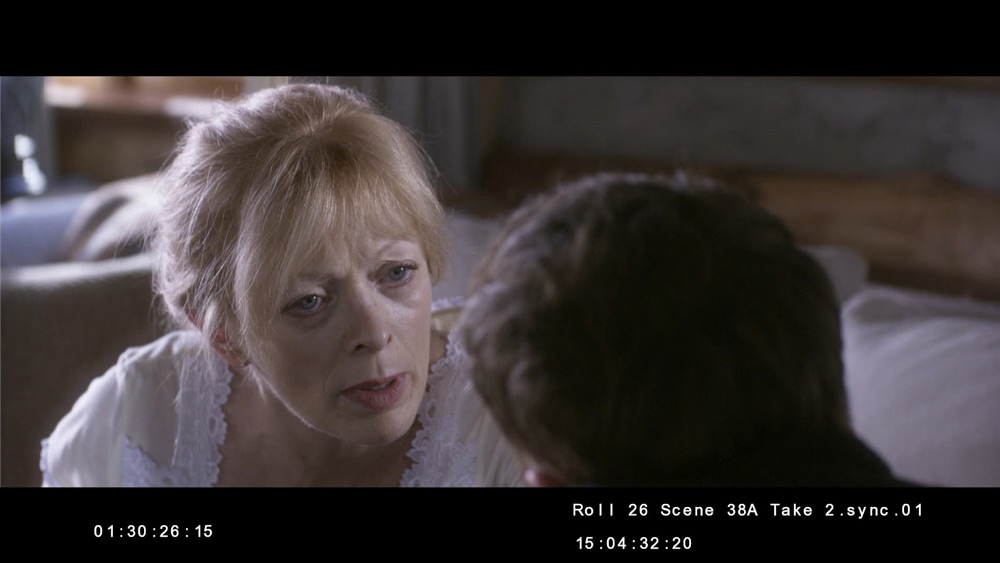 For all those aspiring filmmakers out there, could you talk a little about the post process for you and this film? What technical aspects had to be done first, which ones did you wait on?

Six months of post-production for a feature is actually a fairly fast turn-around time, so there wasn’t too much waiting happening on any front. First we focused on getting the film cut together visually, then we brought several of the actors in for ADR and did several sound passes—and then we continued to go back and forth in this manner, cutting and re-cutting, gathering more ADR, doing more sound passes etc… as needed until the film was in a solid position from a rough visual and rough audio standpoint.

We took our cut to Prehistoric Digital so that our cinematographer, Andrew Wheeler, could oversee color correction. When we reached the point of a color corrected final cut with clear, well mixed audio, we thought that The Silent Thief was in a position to screen at most festivals on Blu-ray or HDCam; we didn’t initially have plans to transfer the film to 35mm. Then, when The Silent Thief started to receive invitations from some of the larger international festivals which require a 35mm print, we found ourselves exploring the Cinevator option and ultimately partnered with a company based out of Mumbai to make it happen. 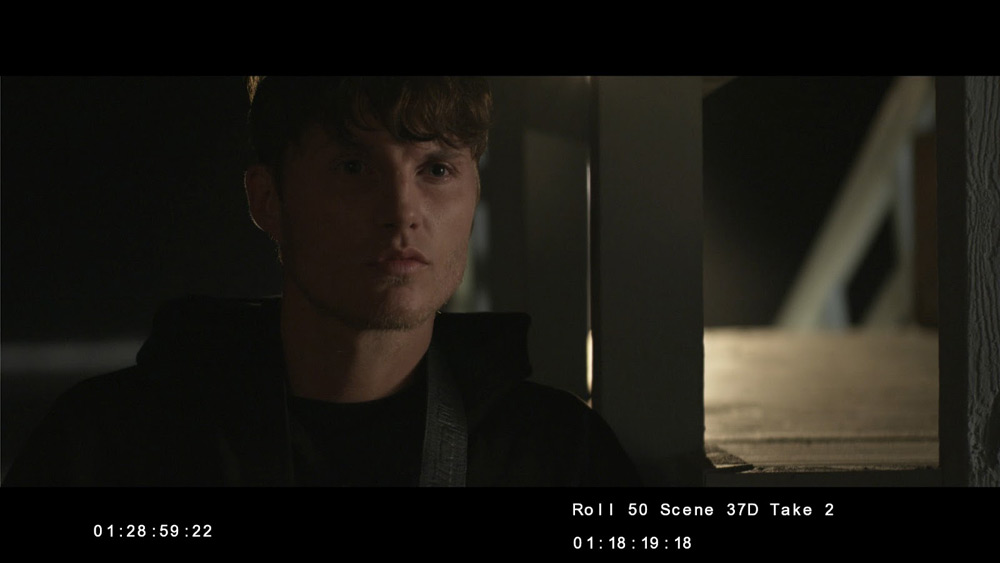 The Silent Thief had its first screening on 35mm at the XI edition of the Roma Independent Film Festival in Italy.

Before this production, you had done a couple short films. How was the transition from short to feature?

It’s just totally different. Every story, every project is different. In some ways, directing a short is more challenging because you have a briefer period in which to tell a clear, meaningful story. In some ways, directing a feature is more challenging because the scope of the overall project is larger and you have to keep the audience engaged for a longer duration. To me, storytelling is storytelling. You have to look at the material and determine the appropriate length for your film based upon the content, the story itself.

What editing software was used?

We used Avid for the offline edit and then brought all of the original hi-resolution footage online into Final Cut for color grading and finishing.

Then we exported DPX files for printing out to 35mm.

How involved in the editing process were you?

Very. Since The Silent Thief was shot on a very restricted budget and on a very fast paced schedule of only 18 production days, I was having to pre-edit the film in my head during pre-production and on set to ensure that we got sufficient coverage. When we got to the editing room, I sat down with Kevin (who pulled double duty as both a producer and the editor of The Silent Thief) and carefully went through my notes from set. We put together our rough cut based on my notes of which takes I liked and then we chiseled away at the assembly cut together hour after hour, day after day, week after week, month after month until we were both happy. I remained engaged throughout the editing process. Many people will tell you that movies are made in the editing room, and I think that there’s a lot of truth to this statement. I would hardly be doing my job as a director if I didn’t involve myself in the post production process. 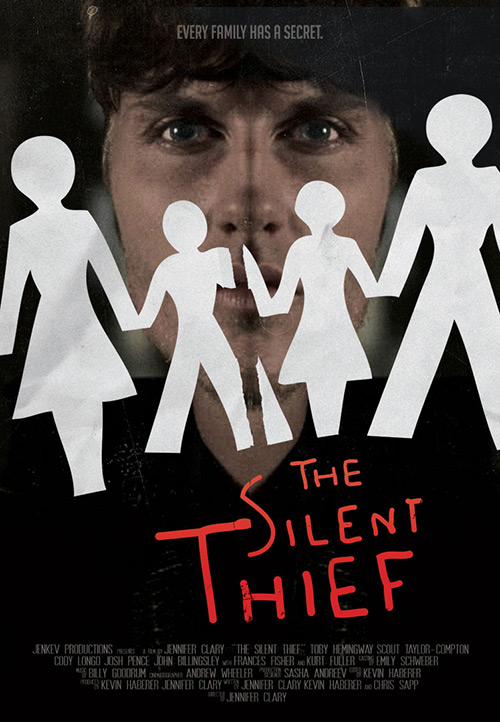 Can you talk about the importance of music and sound to you as a filmmaker?

Music and sound are tremendously important to me as a filmmaker. Poor audio can make a film look bad, truly. A terrible sound mix takes an audience out of the moment and makes it virtually impossible to connect to characters and follow the story. On our budget, I’ll say that the sound mix on The Silent Thief is hardly perfect. Having said this, though, I also would argue that the film sounds as good as most movies with 5X our budget. Film is an artistic medium where money makes a difference; with what we had to work with I’m proud that our audio mix is at a solid level and that it doesn’t detract from the overall viewing experience. I’m also pleased with the music. I was fortunate to have veteran composer Billy Goodrum score The Silent Thief. Billy is a terrific guy and a talented composer. His thoughtful scoring enhances the characters’ experiences throughout The Silent Thief and helps to build tension, especially in the final third of the movie.

I had the privilege of watching an early rough cut of the film and then giving my feedback. How important are “test screenings” to you as a filmmaker? Did you do a lot of “test screenings”?

Yes, I did. I think that candid feedback is invaluable. I tried to find people who were not directly involved in the production process to weigh in on the film’s strengths, weaknesses, and overall impact before settling on a final cut. I’m not saying that I always agree with or make changes based on the feedback I receive, but I certainly take it into consideration. After all, I’m ultimately telling a story for an audience, not for myself.

A ‘ding’ chimes in from her computer. She glances over for a moment before looking back at me with a face that says “This is important”.

Thank you again for your time.

And before I know it she’s back with the laptop, hard at work preparing for her trip to the Roma Independent Film Festival in Italy. I look forward to hearing more about that during our next interview.

To follow Clary’s film, go to the official home of the Silent Thief at: http://www.thesilentthiefmovie.com/

David Gallic is an actor and script-supervisor from Portland, Oregon.