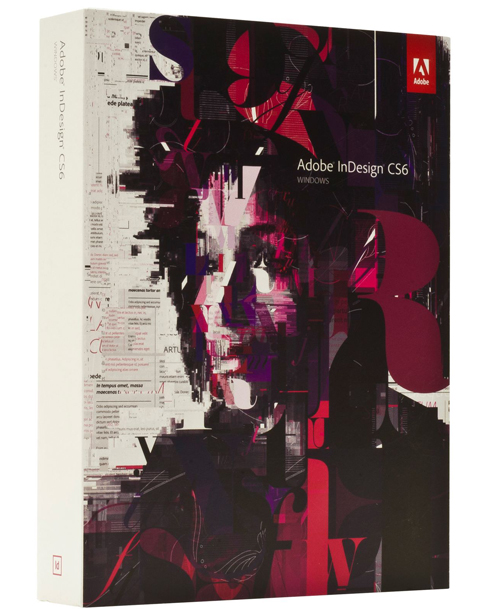 One of Adobe’s established programs has become even easier to navigate, giving novice and advanced users alike the ability to create the marketing pieces they need to professionally sell their products. At first glance, InDesign may seem like a program only for creating print pieces such as flyers, magazines and books. But InDesign CS6 is so much more.

Since Adobe released CS5 a few years ago, InDesign has continued to blur the lines between publishing for print media and publishing for digital media (such as the iPad). With the release of InDesign CS6, filmmakers are able to take even further steps to smoothly create print and digital marketing materials to promote their next film.

If you want to take a fresh, innovative approach to marketing your latest film, take a long look at InDesign CS6. Not only can you publish print materials, but you can also create iPad apps, publish eBooks and create fillable PDF forms that can integrate directly with your website. These key marketing tools are at your fingertips with InDesign CS6, and you will want to consider either upgrading or purchasing this powerful layout program for your next film.

The fine folks at Adobe have added loads of new features—both major and minor improvements—that will help you accomplish your publishing goals much more quickly. These ease of use improvements make up the bulk of the upgrades in InDesign CS6.

Whether you create materials for print or for digital distribution, situations arise where you need to resize a document. Maybe you want to turn your 11” x 17” poster into a 5.5” x 8.5” flyer. Or maybe you want to turn that poster you just created into the cover page of your new iPad app. InDesign CS6 includes a new Liquid Layout feature that allows you to do these things in seconds. This has already been a lifesaver for me when I performed an emergency resizing of documents that needed to go to print that afternoon. This frees up your schedule and lets you get back to what you really love doing—making films. InDesign’s new Alternate Layout also gives you similar options by allowing you to design for two different orientations (like the vertical and horizontal orientations of an iPad app) simultaneously. 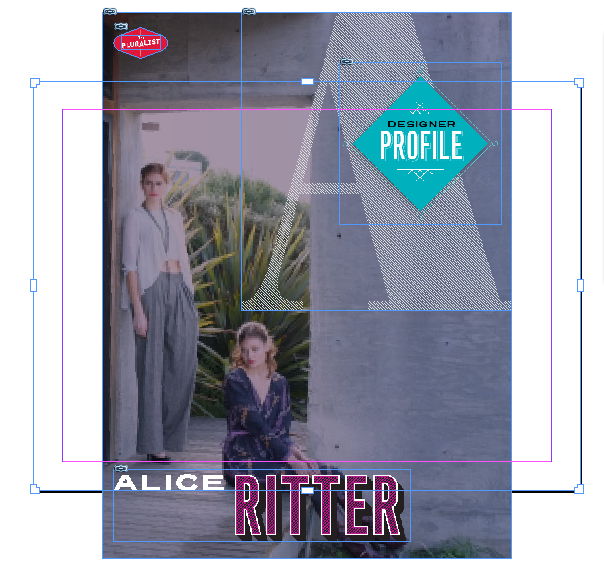 Easily change one layout to another with the InDesign's Alternate Layout.

InDesign CS6 includes other smaller feature upgrades such as Content Collector tools, which allows users to place logos, text boxes or other graphics on the Content Conveyor to use in other InDesign documents. This is a great place to put a small set of materials that are used throughout different marketing pieces like an “About Me” paragraph that is on most of your print materials or a company logo. There are many other ease of use improvements to InDesign CS6, so visit Adobe’s website for a complete list.

Along with improving the ease of use in CS6, Adobe has spent some quality time enhancing the tools already native to InDesign. As the world of digital publishing continues to grow, Adobe continues to deepen InDesign’s existing tools and create new tools when necessary. Smaller feature upgrades like the ability to export a PDF to a PNG bridges the world of print and the world wide web. Increased enhancements in digital publishing tools allow users to better create interactive tablet apps and engaging EPUB documents for those who read e-books.

Use InDesign's new Content Collector to store items that are used over and over again.

Other features include the ability to align selected items to a key object that is selected by the user (a long-awaited feature), access to most recently used fonts and flexible column widths. New features for filmmakers around the world include Middle Eastern language support and dictionaries for languages like Hebrew, Hindi and Punjabi.

I personally love how much easier creating e-books is becoming. I literally created an e-book and had it loaded on my phone in less than 10 minutes using InDesign CS6. That doesn’t even begin to get into the deeper option of inserting interactive HTML content into an e-book- a feature which is available to all CS6 users! 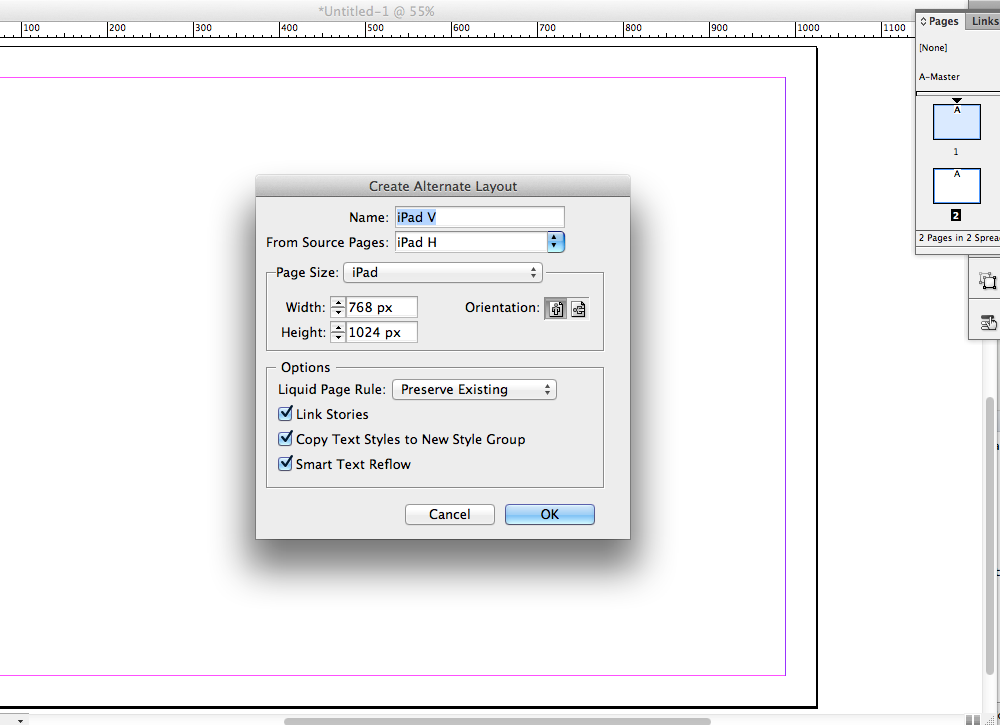 Adobe is true to the name that they have established for themselves over the years, delivering a solid performance with InDesign CS6. Integration with the Adobe cloud through Adobe’s Digital Publishing Suite works wonderfully, and InDesign’s ability to export e-books and other digital materials gets faster and smoother with every release. 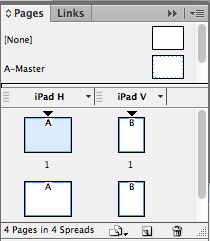 View the horizontal and vertical tablet layouts side-by-side in the Pages window.

I would love to see InDesign play well with network servers when linking content within the document. This will not affect most readers, but I find this feature quite troubling. InDesign just doesn’t seem to like it when it looses connection with the network server where the linked files are being stored, but perhaps that’s a request for CS7.

Value, like beauty, is in the eye of the beholder. The upgrade from CS5 or CS5.5 could be worth it if you are considering creating iPad apps or eBooks for distribution (for those who haven’t considered writing an eBook, make some time to study up on inbound marketing—definitely worth the research as our world becomes more digital). If you’re still enjoying making simple flyers or posters for your next film, the upgrade is probably not worth your investment.

CS4 users will surely love the upgrade due to the added features mentioned in this article along with the ability to create an iPad app, the added Layers panel and general text-handling improvements—all of which debuted in CS5. For CS4 users, I would highly suggest upgrading to take advantage of the program’s enhancements as well as digital publishing capabilities.

There are few programs like Adobe InDesign CS6. InDesign has successfully established itself in the world of print production and is making strong headway in the digital production world as well. InDesign CS6, like Dreamweaver CS6, is helping designers and filmmakers alike enter the world of tablet devices while giving rock-solid tools for those producing print materials. If you have never tried your hand at InDesign, this is a great time to invest in a powerful product, and if you have an older version of the program, you would do well to consider an upgrade for the depth of eBook and tablet export options. Give InDesign, along with the rest of Adobe’s CS6 suite, a trial run to see if Adobe can help you better promote your next film!